Here to support you and your pets - business as usual at Animal Friends. To help us minimise any impact for our customers, we ask that you avoid where possible sending claims to us via post during this time unless absolutely necessary. Pawtal, our online claims system for vets, is still the fastest way to process a claim. Please speak to your vet to submit the claim at www.animalfriends.co.uk/pawtal.

Your pets name: Circle Of Truth, also know as, Struth or Doof.

What does he look like: Doof is a big brown horse with a very small star on his head.

How old is he: Doof is a 12 year old thorough-bred ex race horse.

What are his favourite toys: Doof doesn’t really have any favourite toys but he does enjoy jumping, however he does get quite excited and knock over the jumps.

Thing to do: Doof loves to chase after trucks in the fields as he knows that the trucks are loaded with potential meals! He is a real foodie and just loves to eat everything and anything. Doof is also renowned for picking your pockets in hope that you have left something in them for him.

Has your pet ever had an illness, accident or injury? Due to Doof’s love of food, he has had colic twice because he will eat straw instead of the two massive hay nets he was given. This resulted in the vet being called out twice a day for four days to pump liquid up his nose.

Doof has also punched his hoof on New year’s eve 2015 which took about 6 months to heal fully. 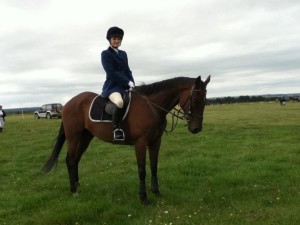 Do you have any other pets: A New Forrest Pony called Fernknap Tallulah Lite or Tilly as she is more commonly know. Tilly is a 2 year old New Forest Pony who is suppose to be Iron Grey. Tilly however spends most of her time covering herself in mud, so you would think she were brown! She loves to go on long walks and is know for pulling a range of funny faces.

Tilly doesn’t yet have a favourite toy or food, however as she is still a pony she plays and eats everything! 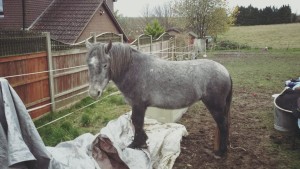 Considering pet insurance but not ready to buy yet?

Which Dog Breeds are Hypoallergenic?