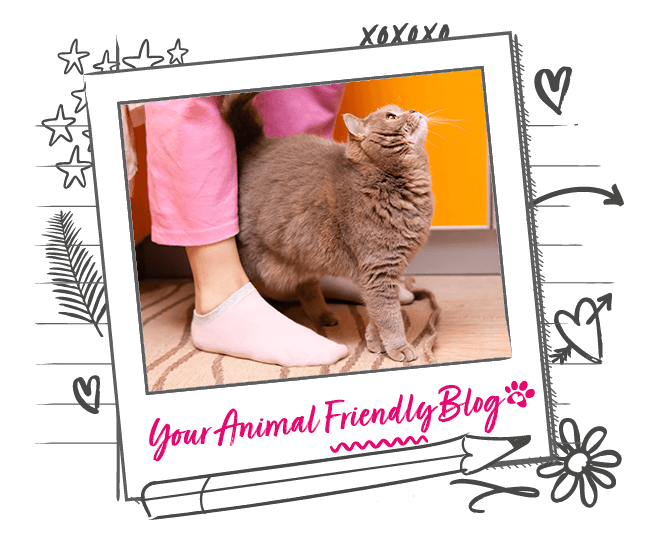 As part of the 12 days of Christmas series we've made a list of fun facts about cats!

Here at Animal Friends we’re fans of cats of all sizes. We thought, as a little Christmas treat, we’d clue you in on some awesome cat facts!

11 – Have you ever thought that you and your cat are on the same emotional wavelength? Well, you could be! Studies have shown that a cat’s brain is very similar to a human’s; it processes emotions in exactly the same way.

10 – Cats are great listeners, and we don’t just mean that will they not complain when you tell them about your dreams or about your day at work. They are literally good listeners; they can hear sounds in a far wider range than either humans or dogs.

9 – You probably think that your cat is worth their weight in gold, but the most expensive cat in history really was! His name was Little Nicky and he cost a whopping $50,000 as he was a clone of another cat.

8 – You might think that your cat rubs up against you because they want attention. However, while this is true, they are also rubbing scent on you from glands in their cheeks to let all other cats know that you are their human.

7 – Cats were incredibly important to ancient Egyptian families. So much so that, when a family cat died, they shaved off their eyebrows as a sign of mourning and held elaborate funerals including mummification ceremonies. Subsequently the cat was either entombed with the family or placed in a special cat cemetery with other mummified cats and tiny mummified mice for them to chase in the afterlife.

6 – It’s not just myth that most cats hate water, it’s actually good sense. Most breeds of cats have coats which are not waterproof so are poorly suited to swimming. There is one breed of cat called the Turkish Van which loves swimming, this is because their coats are uniquely textured to slough off water.

5 – In the 1960s two cats in the Dutch embassy in Moscow foiled attempts by Russian spies to bug the offices of Dutch diplomats; they heard the microphones switching on and scratched at the walls until the occupants of the office investigated. They found 30 hidden microphones dotted around the building.

4 – The world’s rarest coffee comes from Indonesia and is called Kopi Luwak, after the cat that lives in the region. The cat eats the coffee berries and partially digests them. The beans are then harvested from the cat dung, cleaned and then roasted.

3 – A cat’s jaws can only open and close, whereas a human’s can grind in all directions. This is why cats are unable to chew large food chunks.

1 – In seven years a male and female cat and their offspring could produce a total of 420,000 kittens! With this in mind, and with thousands of cats and kittens in shelters in need of homes, consider spaying and neutering your pets, and don’t forget to support your local rehoming centre this Christmas!