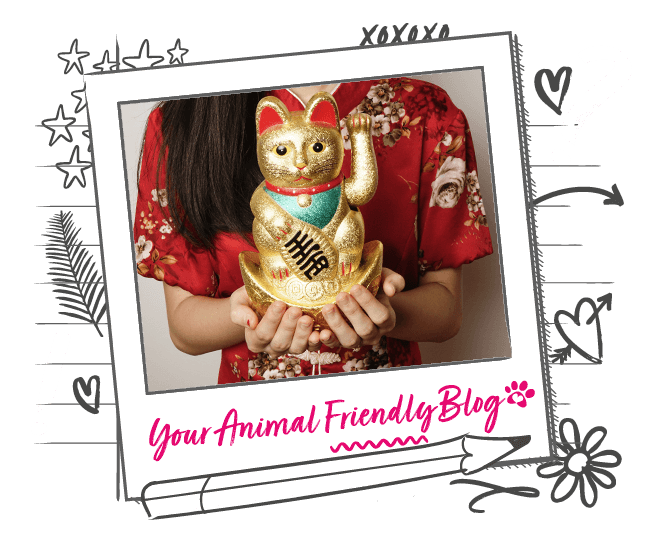 Cats has fascinated and unsettled humans throughout history, so we've taken a look at some cats in folklore around the world

The humble cat has fascinated and unsettled humans throughout history. They’ve often been attributed with supernatural powers and associations in different cultures, showing just how enigmatic our feline friends were to our forefathers.

Here’s a brief history of cats in folklore, and what they meant to some very different peoples and cultures in times gone by…

Cat mythology in the Far East

In ancient Chinese mythology, the cat goddess Li Shou was given the almighty task of running the world on behalf of the other gods. Sadly for Li Shou, she wasn’t very good at her job, and – after having taken a series of naps underneath a cherry tree, during which time the world had fallen into chaos – she was relieved of her duties by the other gods and her responsibilities handed over to humanity.

In neighbouring Japan, cats have similarly acquired divine status, holding the role of protecting worms used for making silk and being honoured with a shrine on the island of Tashirojima, a place known for its silk production.

There is also the more famous beckoning cat, known in Japanese as Maneki Neko or Fortune Cat, thought to bring good luck to its owner.

Legend has it that the Maneki Neko was inspired by a wealthy man whose life was saved after a cat guided him out of a thunderstorm and into a nearby temple. The tree the man had been stood under was struck by lightning and would have killed him had it not been for the fortuitous feline. The man was so grateful that he became a benefactor of the temple, and a statue of the cat was made in his honour after his death.

In 16th and 17th century England, witches and witchcraft were all the rage (and not in a good way). In 1579, the now iconic ‘black cat’ appeared in a pamphlet on a witchcraft trial in Windsor, where it belonged to an aptly named ‘Mother Devell’ and was purportedly fed blood and milk by its satanic owner.

This association between the black cat and witchcraft was later transmitted across the as a symbol of darkness and mystery, notably in the era of the Salem Witch Trials in the late 17thcentury.

In one document, it was claimed that witches made their victims (primarily children) ‘purr like so many cats’. Although cats are far more popular nowadays, their history as vessels of evil and misfortune still influences modern Western culture, with the black cat being a popular feature in Halloween festivities. Unfortunately for felines, bad reputations often stick around!