Is it bad to move a cat while it is asleep?

When your cat falls asleep on your lap, it can be heart-breaking to move them. But is it really a bad thing to wake up your cat whilst they're sleeping?

You get home from a long day at work and your beloved cat has missed you dearly. Longing for the warmth of a cosy snuggle spot, they pad up onto the sofa and curl up in ball on your lap.

But then you are stuck… and need the loo. Should you move your cat whilst they are asleep? And does it really have an effect on their time resting?

Cats spend two thirds of their lives asleep and alternate between levels of snooze: catnap through to full-on comatose.

These felines have few enemies and so can afford to sleep for long periods of time.

The amount of sleep required increases in proportion to the amount of energy they need. With an innate instinct for hunting, cats use the majority of their energy to stalk a bird, pounce on an unsuspecting frog or wrestle a toy mouse into submission. 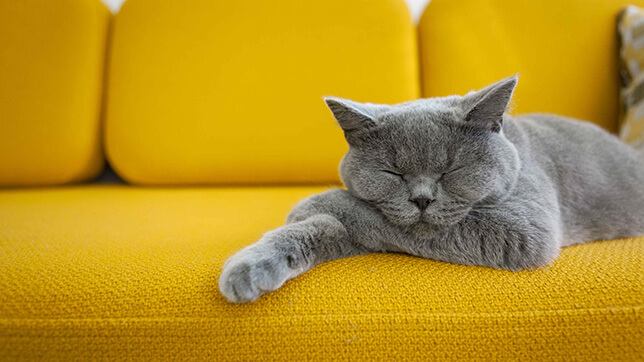 Felines in this sleeping phase tend to display the following behaviours:

Is it bad to move a sleeping cat?

Cats who are deprived of these stages of sleep can become lethargic or irritable. If your cat is in REM stage, you probably want to let them sleep to allow them to restore their body’s immunity.

Kittens especially need sleep to allow them to build their bones and muscles – so avoid waking them at all if possible. 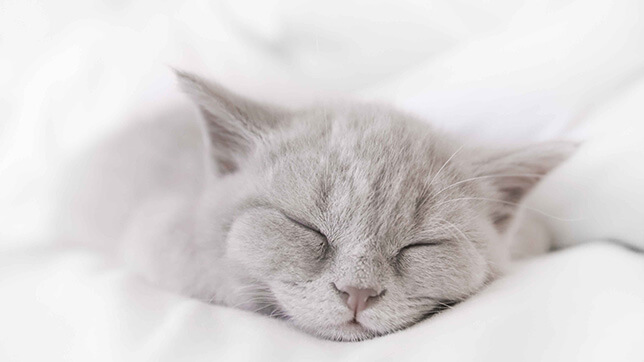 How do I wake my cat to move them?

If your cat is in non-REM and you need to move them, do it after they stir. Cats easily fall back asleep once they see there’s no threat. As soon as your cat wakes, coax them off the couch or pick them up and move them.

If your cat scares easily, waking them up by touching may scare them and cause them to lash out. Try making a quiet noise until they wake up.

What if cats fall in their sleep?

Cats’ amazing ability to survive falls from heights while asleep, is down to physics, evolutionary biology and physiology.

They would suffer no more shock than we would in being rolled from a beanbag onto the floor. A snoozy cat who is picked up off a bed and thrown outside, will land on their feet and wonder off as though nothing happened.

Don’t forget that we have cat insurance policies to ensure that your feline is protected at all times – no matter if they’re sleeping or awake!