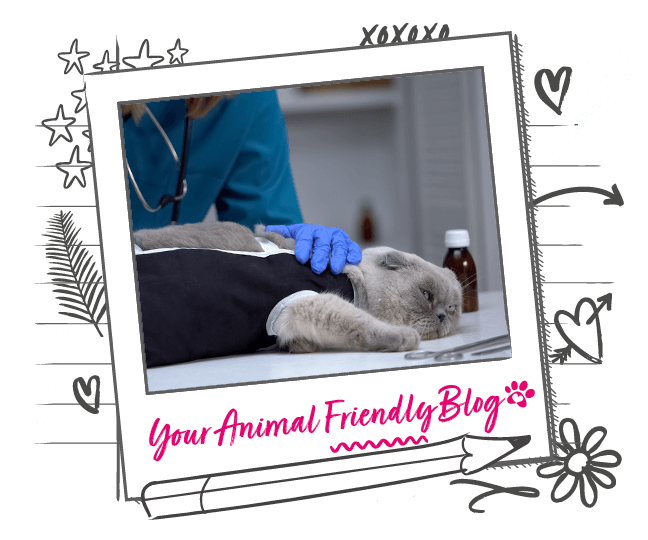 The pros and cons of spaying

It’s never easy to decide whether you wish to put your pet through spaying surgery. We hope this guide will help you decide what is right for your pet.

As a pet owner, it’s never easy to decide whether you wish to put your furry family members through a surgical procedure. As spaying is generally an elective surgery, some pet owners struggle with the idea of allowing their pet to go under anaesthetic and have an operation that isn’t medically necessary. We hope this guide will help you decide what is right for your pet.

Once your pet is spayed she will no longer go into heat. This has a wealth of benefits for you as her owner. Being in heat is often accompanied by a bloody discharge from the vulva which can stain her coat (and your carpets, clothing and furniture!) She will attempt to find partners to mate with so she may try to run away. If you want to avoid a pregnancy, she will require constant supervision when she isn’t safely shut inside the house.

By choosing to have your pet spayed you also eliminate the risk of her contracting a disease called pyometra. This is where bacteria is trapped in the womb, which subsequently fills with pus and, in extreme cases, actually bursts. Pyometra can be tricky to spot and, sadly, it often proves fatal. Without a uterus, it is impossible to contract this often-deadly disease.

As well as preventing conception, a spay can also prevent false, or ‘phantom’, pregnancies, where your pet’s body mimics the symptoms of pregnancy. This can lead to a hormonal imbalance, which will make your pet feel extremely out of sorts. Worse than that, it can cause your pet to develop an illness called mastitis, where the mammary glands become infected. This too can be lethal.

Additionally, it is impossible to contract uterine, ovarian or cervical cancer when a pet no longer has these organs. There is also a diminished risk of mammary cancer, and the likelihood is lessened the earlier you choose to spay your pet. In fact, a pet spayed before her first heat has a near-zero chance of developing mammary cancer. After the first heat this rises to around 7%, and this continues to increase over time. This is another reason to decide whether you wish to spay your pet as early as possible.

In fact, an American study published in 2013 showed that spayed cats and dogs live up to 39% longer than intact ones, most likely due to a combination of these reduced risk factors. 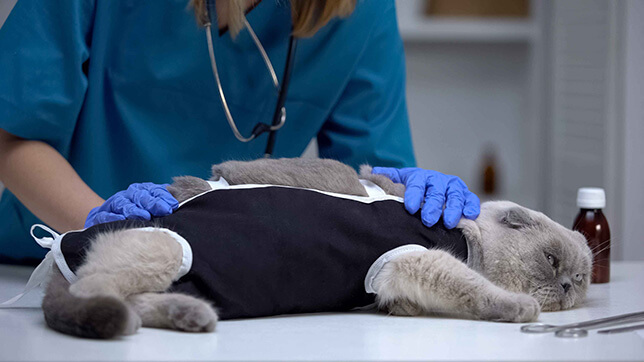 Any surgery carries its own risks, and the procedure itself presents a number of challenges. Complications could arise for a few reasons, such as an adverse reaction to the anaesthetic, or surgical complications during the operation. Your vet may ask to perform a blood test on your pet to rule out any abnormalities which could affect the efficiency and safety of the anaesthetic, as well as giving your pet a full check-up before proceeding. While this doesn’t guarantee that nothing unexpected will happen to your pet during the process, it should safeguard against any issues to do with kidney or liver function.

Even if the surgery itself goes well, there could be issues during recovery. Some pets experience sickness and nausea following a general anaesthetic, and as the surgery requires incisions your bitch or queen may find that she’s a little sore. Your vet should be able to supply you with appropriate painkillers if they feel that your pet is in any pain. Do not be tempted to give your pet human medicines as they will not react to them in the same way we would.

If your pet is given external stitches there is a chance that they will try to gnaw or claw them out. You can do your best to prevent this by using a cone-shaped collar and keeping a watchful eye until the stitches are removed. In the worst cases, ripped-open stitches can result in your pet’s internal organs protruding from the abdominal wound, which can lead to infections or even death and will require immediate surgery.

Many owners notice that their pet gains weight after spaying and assume that this is purely a side-effect of the operation. In actual fact, a pet’s Basal Metabolic Rate (the amount of calories they need for their bodily functions to be carried out) decreases after a spay and they consequently don’t need to eat as much. A pet will only gain weight if their portion sizes are not amended accordingly. Unfortunately many owners do not realise this and the pet becomes overweight, or even obese. This in turn can lead to a wealth of other issues such as joint and muscle strain, diabetes and the increased likelihood of developing certain cancers.

In a few cases spaying has been attributed as the cause of a bitch developing urinary incontinence in later life. This is generally avoided by waiting until she has reached sexual maturity to have her spayed.

And, the obvious downside to having your bitch or queen spayed is that she will never be able to bear puppies or kittens. She won’t feel like she’s missing out, but you can’t reverse the operation so it is crucial to make a balanced and informed decision that you won’t regret later on.

Unless there is a medical reason to do so, such as reproductive cancers or the onset of pyometra, it is your choice whether you want to spay your pet. It is a decision that clearly involves more than whether or not you’d like to have puppies or kittens one day.