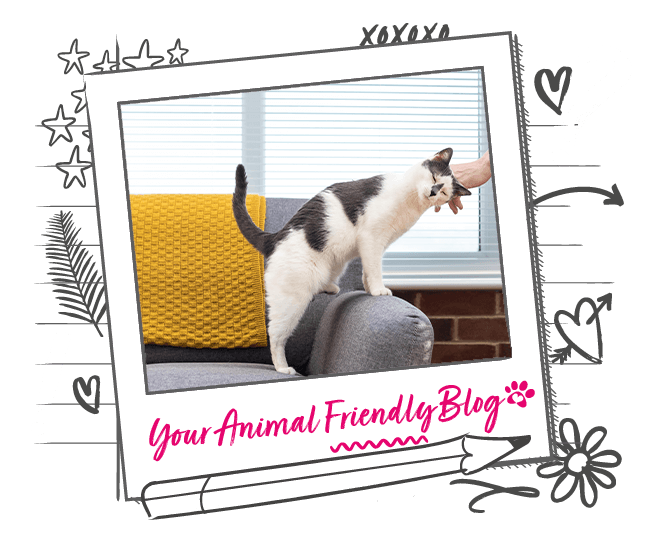 Why does my cat rub their face on me?

Why do cats rub their face on you? Is it really a sign of affection? Gain insight into this mysterious, yet loving behaviour, and what causes cats to do it.

When your cat rubs their face on you, it’s a seemingly loving display of affection and feels good for all involved. But is there more to this adorable behaviour than you first thought?

It’s just their way of saying ‘I love you’

We all love our pets and enjoy giving them lots of love and attention, which they give back in their own special way by being loyal, loving and cuddly – especially cats!

So, just as you suspected, one of the main reasons that cats like to rub their head against you is to show affection and there is even a name for this behaviour – ‘bunting’.

Cats ‘bunt’ primarily as a way of bonding, and they do this not only to you and other humans but also with other cats and even dogs. Bunting is your cat’s way of communicating their affection for you and identifying you as one of their friends.

No doubt you’ll have noticed that your cat also likes to bunt against things around the house, as well as against you. The reason for this is because cats have a lot of scent glands around their heads: around their mouth, their chin, their cheeks, their neck and their ears. These scent glands are activated when cats bunt against things and this is their way of marking their territory and claiming ownership of their environment. 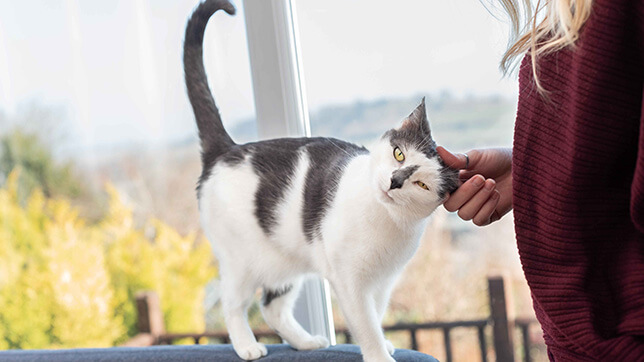 But this behaviour doesn’t stop at home – cats also bunt against things when they are out exploring as a way of warning other cats of their presence. Cats may even attempt to bunt over the scent marks left by other cats. This is especially true of male cats, as they tend to bunt more than female cats.

Another reason for bunting (in sexually intact cats) is to communicate with other cats during the mating season. Female cats use bunting as a way of indicating their scent change and to try to entice male curiosity.

Often, cats that live in social groups bunt against each other as a greeting and to show affection to one another. This type of greeting method is useful in reducing a cat’s anxiety with unfamiliar surroundings and with other cats, as bunting is not just a way to release scent – but also a way to retrieve scent, too.

So, there you have it! Cats are loving and complex creatures and there are many reasons for their various displays of behaviour. But the most important one in this instance – they love you!