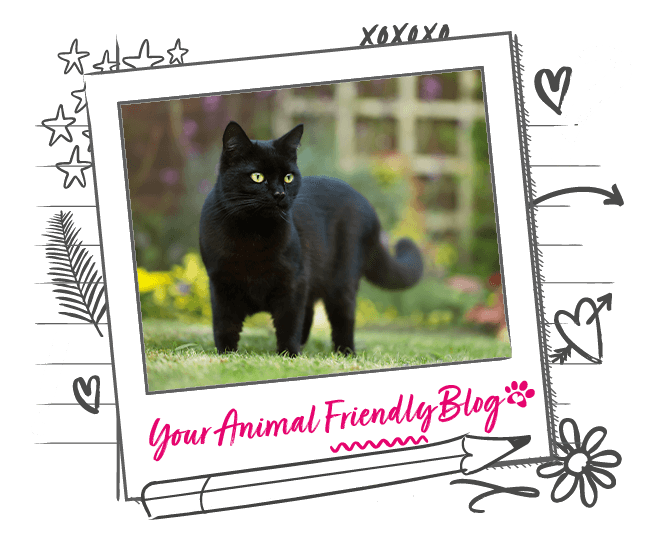 Why isn’t anyone adopting black cats?

Have you ever wondered why there are so many black cats waiting for their forever homes at your local rescue centre? Did you know they're less likely to find a home than other coloured cats? We explore some of the reasons we should celebrate black cats, instead.

Did you know that black cats are less likely to be adopted than cats of any other colours? There are quite a few reasons as to why these cats are being shunned and it’s no one’s fault but ours.

Unsurprisingly, a lot of it is to do with social media and people’s love of documenting their life and sharing little snapshots online with their followers and friends. Black cats, apparently, don’t photograph well or certainly photograph worse than their colourful contenders. We disagree.

Another reason for their struggle to find forever homes is that many people still associate black cats with witchcraft and bad luck. So, why do they have such bad rep, and shouldn’t we celebrate them for their mysteries and history instead?

Cats were worshipped as the embodiment of the gods and were spoiled by priestesses. Then, in Ancient Rome, cats became associated with the goddess Diana (who was later called the Queen of the Witches) and were celebrated as a figure of fertility.

When Rome became Christian, and anything to do with the old Pagan ways having to be forgotten, the black cat was now seen as an omen of bad luck instead of its symbol of life.

In Celtic mythology, the Cat Sìth, or Caite Sidhe in Ireland, is a large black cat with a white spot on its chest. Some believed the creature was a witch, and they were able to transform voluntarily into the cat form nine times. When the witch decided to transform the ninth time, they would have to remain as a cat for the rest of their life.

On Samhaim, which was merged with All Saints’ and created the modern Halloween, some believed that the Cat Sìth would bless houses that left some milk out while it would curse the houses that didn’t.

Things only get worse for black cats, unfortunately! Even by doing cat things like catching and killing mouse and rats they were compared to the devil and how he would catch souls, which then led to people believing the devil could transform himself into a black cat.

People believed that cats, especially black cats, had close links with witches and were punished because of this. Cats suffered quite a bit across Europe with all sorts of painfully horrid games, traditions and witch hunts involving the felines.

Despite everything these cats have endured by our hands they’re still suffering even though our beliefs and superstition have changed over the centuries. If some are reluctant to rescue a black cat because they might not photograph well, there’s plenty of other reasons why we should offer them a home.

Some counties in England believe that giving a black cat as a wedding gift will bring good luck to the bride! We don’t think people should give out kitties as gifts but it’s nice to know they’re seen as a good omen for a change. It’s also believed that if an unmarried woman kept a black cat as a pet she would never be short of men to choose from!

In Chinese and Japanese culture, this beckoning cat is a symbol of good luck where its colours and accessories have different meanings. A black Maneki Neko is said to ward off evil spirits.

It’s said in Scotland that if a black cat was to appear on your doorstep that it was a sign of prosperity! No one’s going to complain about that.

Familiars are believed to be supernatural animals that would assist witches in their practice of magic and helping protect their witch from harm. Considering the black cats and their history with certain goddesses, especially Diana, there’s no surprise that witches and black cats get on so well.

Black cats are great, whether you’re looking for a familiar or a humble pet. With so many cats overlooked at rescue centres, we shouldn’t shun certain cats because of their history, certain omens or superstitions. After all, don’t we write our own luck?