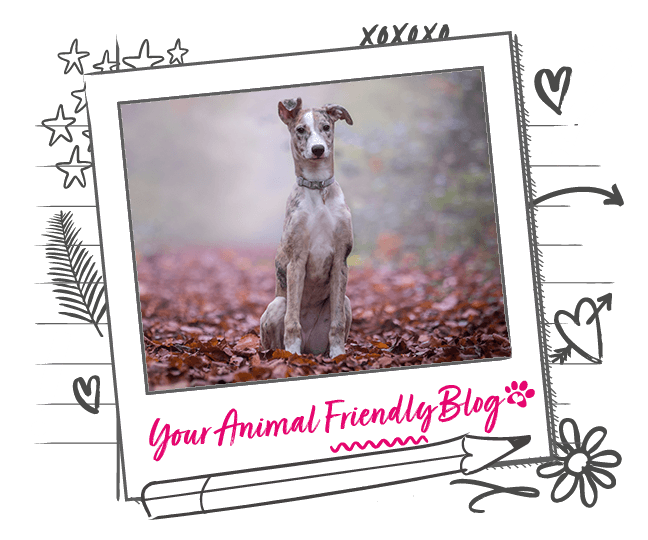 Falling leaves and cold mornings are beautiful but there are a few things to keep an eye out for if you're a dog owner. Here's a list of 10 common problems our dogs my face in autumn.

The summertime is usually when you feel the need to be more vigilant with your pets, but the autumn brings its fair share of problems as well. Make sure you’re prepared as the season are about to change now, and be aware of the possible hazards that this season, that’s already upon us, attracts. From holiday foods to outdoor pests, the end of the year is no time to let your guard down, so here are a few things to keep in mind.

You’ll see plenty of these lying around in autumn months, and they can be deadly to dogs. These small nuts can seriously disrupt your dog’s stomach and gastrointestinal health. If your dog has kidney disease, the acids in an acorn will aggravate their condition further. Oak leaves are also problematic for dogs depending on their weight and how many they’ve eaten. Pets that have consumed either of these might have bloody diarrhoea. When observed, take them to the vet, as this could be a sign of renal failure.

As the temperatures begin to drop toward the end of the season spilt antifreeze on the ground becomes a real problem for pet owners. Radiators from cars start to break and leak, leaving fluid on the ground that’s easily accessible to pets. If your pup doesn’t step in it, there’s still a chance that they might try to lick it up due to its sweet smell and taste, and that will cause antifreeze poisoning.

Another issue is that sometimes people who aren’t too nice put antifreeze outside in water bowls to kill off feral cat colonies. It’s inhumane, and it hurts animals who may just be lost and trying to find their way back home, and it may also attract your pooch. Don’t let your dog drink from strange bowls if you’re out on a walk and be on guard for this dangerous substance.

Most of the time we see mushrooms toward the spring and summer, but falling and rotting leaves on the ground create fungus too. As well as making sure your dog doesn’t eat any old leaves, keep your eyes peeled for hidden mushroom spores and other bacteria that could hurt your pet. If your pup does eat a mushroom, common signs of mushroom poisoning are excessive drooling, attempting to vomit, and difficulty with standing and walking.

Some animals are preparing for hibernation, while others are preparing nests for their new offspring. Mice and rats are known to hide in small corners of people’s homes, and rabbits dig small holes in yards to keep their young safe. Although it’s a bit of a sad situation, most people feel that pesticides are a necessary evil as mice especially can take over your home. Their urine can also make your family and your pets very ill; if you’re able to keep them out of reach of pets and children, use spring traps instead of poison as a more humane resort. If you do decide to use poison, keep in mind there’s always a chance that your dog could get a hold of it and eat it.

Autumn brings with it the fun and spooky time of Halloween (and other) parties, and that means that sweets and chocolate available in large quantities all over the place. Dogs aren’t supposed to partake in these delicious treats because they’re toxic, but as we all know dogs will eat it if it’s on the floor. Most people are aware that chocolate can be deadly when eaten by canines, but other kinds of candy contain a harmful chemical called “xylitol” as well which is equally bad for your pup. So if you have pets around, remember to keep those tasty treats safely away from them.

We hear about ticks and fleas more often when we’re hiking and camping during the warmer part of the year, but they’re just as prevalent during the months of autumn. So make sure to continue using flea treatments and tick preventatives. If a tick isn’t removed within 24 hours, the likelihood of ticks transmitting a virus-like Lyme disease to your dog is higher. After you bring them inside from walks, thoroughly check between your pet’s toes, inside ears, nose, and gum flaps.

They smell nice but scented candles and oil burners can be very harmful to your dog. Breeds like the French and English Bulldogs already have respiratory issues due to their smushed faces. However, the fumes that are released from candles and oil burners further irritate and cause inflammation in your dog’s lungs, and can be otherwise harmful. You can use fake candles instead; they’re cute, run on batteries, and won’t have negative effects on the air quality of your home or pose any dangers for your pooch.

Spider rings, tiny light bulbs, and Poinsettias are all very popular during autumn. Dogs don’t really know what these things are; they just see that they’re in an abundance and that they seem to make humans happy. Since dogs can’t read, write, or communicate verbally, they figure out what something is by smelling and tasting it. This sometimes leads to your pet attempting to chew and swallow the object as well. Watch out for other decorations like spiderwebs and silly string that are much too low to the ground and can be easily accessed by your pup.

Just because your pet has fur doesn’t necessarily mean that they aren’t cold. Smaller dogs and hairless breeds don’t fare as well toward the end of the fall, and in the most extreme temperatures, larger pets need protection, too. If you own a winter-friendly breed such as a Husky, you may just need to keep a pair of dog shoes on hand to keep your pup’s paws protected. For dogs that can easily get cold, provide them with a light pet jumper or pet jacket. It should be long enough to protect their flank and their sides, but not so long that it drags on the floor. Jackets that can breakaway easily with Velcro are safer for pets than buttons or zippers, which can easily snag or get caught on bushes and corners.

You might not have heard of Seasonal Canine Illness before, a serious and potentially life-threatening disease that affects dogs in autumn, usually after a walk in a wooded area. There is no known cause yet and its signs or symptoms might be confused with gastroenteritis, but it’s much more serious than an upset tummy. Some professionals believe that harvest mites might play a role as a lot of the dogs who have fallen ill have been found to have mites. You can speak to your vet about buying a repellent spray to use when you’re headed on a woodland adventure as they’ll be able to advise you on what’s best for your dog. Be sure to keep an eye on your dog’s health following a trip to the woods and if any problems arise then always speak to your vet.

Written by Samantha Randall from topdogtips.com.