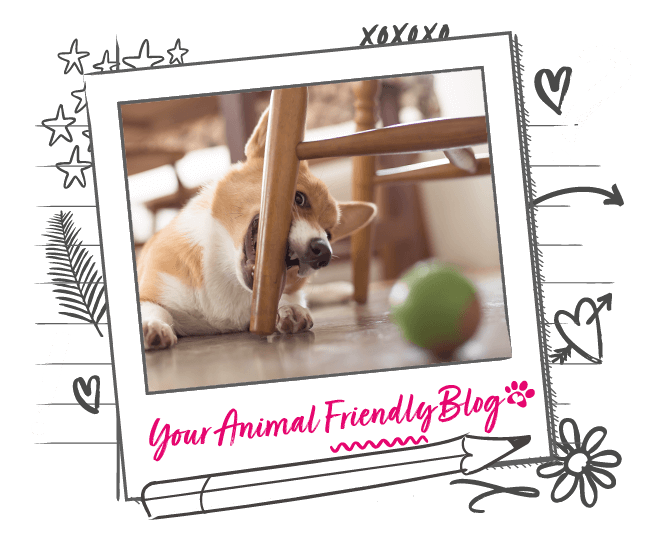 How to control biting in puppies and kittens

Animals learn through exploring with their mouths, but problems can arise when the pet grows up to replicate behaviour deemed acceptable in their youth.

It is common knowledge that animals learn through exploring with their mouths, and it isn’t usually too painful for pet owners on the receiving end of a bite from a puppy or kitten. The problems begin when the pet grows up to replicate behaviour that was deemed acceptable in their youth, which can lead to aggressive biting in the future. This is because the animal will have used such behaviour as a response to every other scenario they have faced, ranging from play to confrontation.

There are many reasons why a puppy or kitten may bite. They could use it as a way of getting attention, during play or because they are teething. Although biting for reasons such as these are aren’t usually intended to be aggressive, they might make the pet more likely to do it in adulthood. This can be dangerous for anyone who comes into contact with them including their owners, so the animal needs to learn from a young age that biting is not an appropriate response to anything.

Despite this, it is natural behaviour in animals such as dogs and cats. From a young age they use it as a way of interacting and playing with their litter mates, as well as asserting dominance. A puppy may yelp when bitten too hard, which will surprise the litter mate that did it. This teaches them how hard to bite, knowledge which can then be transferred into their new home with humans. Puppies and kittens brought into a new home can’t distinguish the difference between the acceptable methods of communication with their own species and humans, unless we show them. 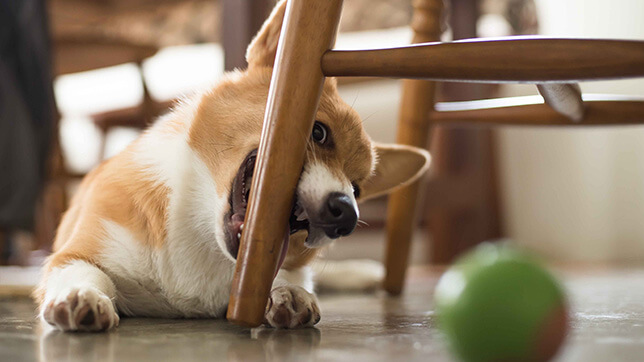 This needs to start as soon as you bring your new pet into your home. Don’t allow your puppy or kitten to bite no matter how small the nip may be, as this can set the precedent for more aggressive behaviour in the future. Your pet shouldn’t chew on your hand either, as they will then think using their mouth is an acceptable form of interaction with you. Putting your hand near the pet’s mouth will confuse them, as they will not understand why they are reprimanded for biting sometimes but not others. Also, your pet won’t be able to tell the difference between your clothes and skin so don’t allow them to bite either, otherwise they will become confused.

Use strong verbal signals to emphasise you want them to stop. Shouting ‘no’ in a loud, firm voice or yelping loudly to mimic another animal should achieve this, and do it even if the bite didn’t hurt. Praise your pet if they stop, and continue the same steps throughout play to train them not to bite. If this proves ineffective, try moving away from your pet and show a lack of emotion towards them. This will halt game playing and illustrate that biting is unacceptable. Continue playing and repeat the process with each nip.

Teasing or annoying your pet should be avoided, as their frustration may cause them to bite. Similarly, games that include power struggles might not be the best idea, as these could make the pet resort to their base instincts. Alternative games such as fetch for a dog and rolling a ball for a cat still encourage the vital social interaction between you and your pet without the power struggle element. If they do bite your hand or foot, resist pulling away as this may entice the puppy or kitten to pounce. Instead, making your limb go limp in their mouth should cause them to lose interest.

You must not punish your pet by slapping or hitting them. This could lead to more aggressive behaviour, such as biting harder, which can have consequences.

If possible, allow your pet to play and interact with others. If family or friends have pets, why not arrange for them to meet? This is an effective way of not only socialising your pet, but teaching them about biting etiquette. What they learn when interacting with others can influence how they behave with their owners. Ensure all pets are fully vaccinated prior to meeting.

If your pet’s biting behaviour doesn’t seem to be improving, take them to the vet so they can check there are no medical issues responsible. You could also consult a behaviourist.

Insuring your pet is another way you can protect them. Animal Friends offer a range of policies for you to choose from.