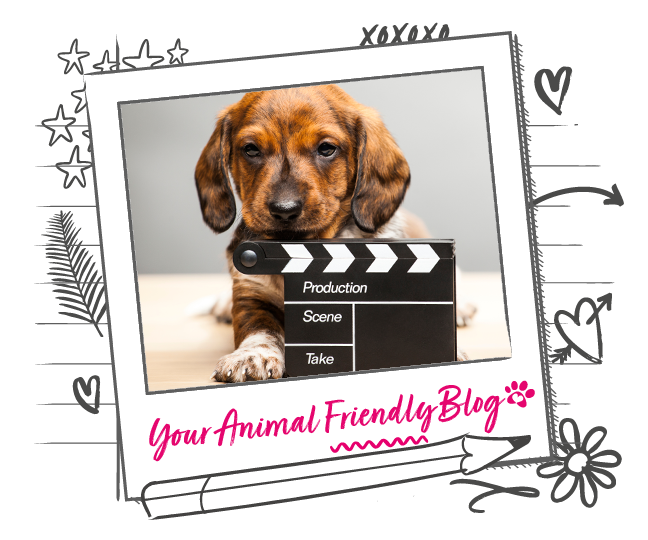 Our top ten list of fictional dogs from film, novels and even comics. Come and see if your favourite is listed.

Over the years dogs have made appearances in fiction as trusty companions, heroic saviours and best friends. Here is a list of our favourite fictional dogs from film, TV, books and comics.

If you haven’t seen the film or read the book, Marley and Me is the real-life story of Marley, a loving but badly-behaved Yellow Labrador, and his life with the Grogan family. His life story was originally serialised in John Grogan’s column about family life, before being novelised (in three different formats for different age groups). The film adaptation starred Owen Wilson, Jennifer Aniston, and no less than 22 Labradors who played Marley from puppyhood to the end. If you haven’t seen it, bring tissues.

They say a dog is for life, not just for Christmas. This much is certainly true of the Simpsons’ family dog, Santa’s Little Helper who has been gracing our screens since 1989 when he was rescued from a racetrack by Homer and brought home as a Christmas present. Being the pet of one of TV’s most bizarre families can’t have been easy and this Greyhound has been through a lot in his 25-year life from medical conditions to stints as a police dog.

The cowardly Great Dane has been helping his friends trap janitors and oil barons in masks for 45 years. The franchise has spawned eleven different TV series (the twelfth is due in 2015), three films and comic books. The sandwich-eating, ghoul-baiting dog also has a great number of relatives who have appeared in the films and series, such as Scrappy Doo and Scooby Dum.

Snoopy originally appeared in newspapers as part of the Peanuts strip. The well-loved Beagle continued to be part of the comic strip until the death of artist Charles M. Schulz in 2000. He has also appeared in full-length comic books, a TV series and the musical You’re a Good Man, Charlie Brown. Did you know that as part of the Apollo 10 mission a lunar module that approached the moon was called Snoopy? The command vessel was appropriately named Charlie Brown.

We couldn’t compile a list like this without including Lassie! The world-famous Collie dog has been tugging at our heartstrings and rescuing people since 1938. She has appeared in novels, on TV and radio, in film, comic books, cartoons and countless other forms of media. In fact, there have been twelve films about Lassie to date, some of which star the original Lassie actor’s descendants (a dog called Pal was the first to play Lassie on camera.)

As these two are inseparable it seemed only right to count them on this list as a pair. Lady, an American Cocker Spaniel, and Tramp, a grey mutt, burst onto screens in 1955. The film dealt with some important themes such as introducing a baby to a family with a dog, but it is the pair’s romantic adventures that have entered popular culture, with their famous spaghetti-eating scene often parodied. The two also appeared in a sequel, focusing on their puppy Scamp.

The sinister threat of the Wicked Witch of the West, “I’ll get you, my pretty… and your little dog too!” thankfully never comes true for Dorothy Gale and her Cairn Terrier, Toto. From Kansas to Munchkin Land and back again, the adorable Toto stays by Dorothy’s side.

Woody the Cowboy may never have made it to the new house if it weren’t for the efforts of Slinky the dog. Granted he’s plastic and has a spring for a body, but his emotions and humour are so real for the viewers that it’s impossible not to fall in love with Slink.

We all feel a little bit happier with a dog in our lives. This is particularly true of Georgina “George” Kirrin of the Famous Five; when she first meets Timmy the book says, “The little girl smiled, and her face altered at once, and became sunny and pretty.” Timmy is so well-loved by the gang that he is considered to be one of the members and helps foil cove-robbers with the rest of them, as well as often being the best judge of character.

The sidekick of Dennis the Menace for 46 years, Gnasher the dog was originally designed to resemble Dennis’s hair with legs. Despite not looking like any real-life dog I’ve ever seen, and having truly terrible manners, Gnasher has become one of the best-loved dogs to be born out of British comic book heritage.

Was your favourite fictional dog listed here? If not, tell us who you would have picked for your top ten!