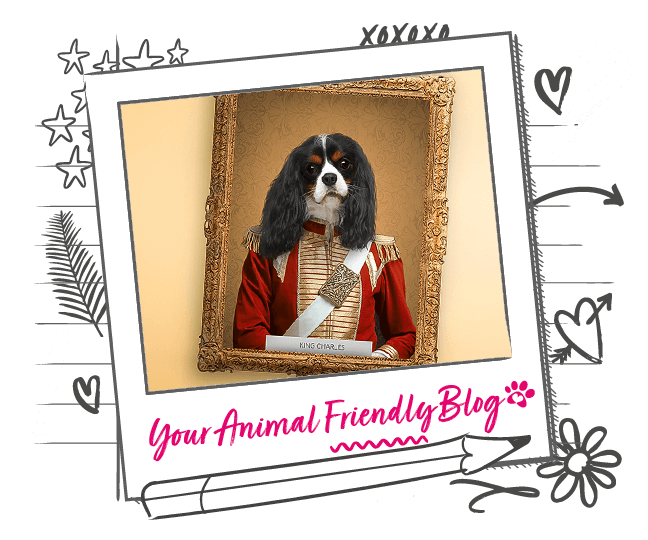 We take a look at five breeds loved by dukes, queens, princes and princesses and those who first introduced the breeds in the first place.

The British monarchy has a very fascinating history, and dogs have played an important role in the life of royals for centuries. We take a look at five breeds loved by dukes, queens, princes and princesses and those who first introduced the breeds in the first place. 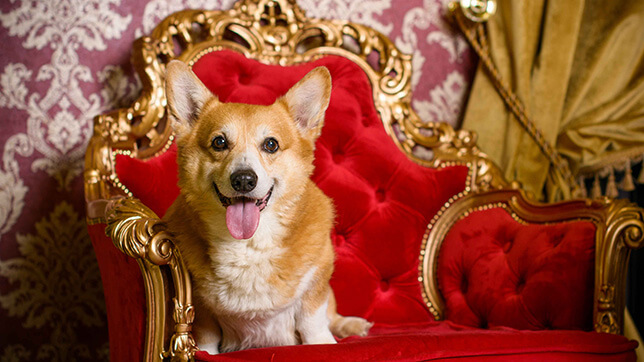 The most famous modern-day royal pets are probably Queen Elizabeth’s Corgis. King George VI was the first to introduce this fantastic breed to the Royal family after his daughters had fallen in love with the dogs.

The dog, officially named Rozavel Golden Eagle, had been nicknamed “the Duke” during his training, which was then shortened to “Dukie” and then to “Dookie”. When the dog returned to its family, he only responded to his new nickname, so it stayed with him.

Since Dookie, Queen Elizabeth has owned over 30 Corgis, making them the most popular dogs amongst royals.

King Charles Spaniel, also knows as a Toy Spaniel, gets its name from King Charles II who is said to have been very fond of his dogs and would not go anywhere without at least three spaniels at his feet.

While there’s no evidence that the modern breeds are descended from his particular dogs, even their colours were named after people or places of royal significance. Blenheim, the word used today to describe the chestnut and white coat colour comes from the first Duke of Marlborough residence, Blenheim Palace.

Since then, selective breeding has led to the separation of the Royal breed and in 1945 The Kennel Club recognised King Charles and the Cavalier King Charles as two separate breeds with differences in their appearance. The main difference between the two breeds is that the King Charles spaniels have proportionate heads with a notably short muzzle with large, sometimes prominent eyes that are wide-set.

Queen Victoria owned many dogs in her lifetime, but she admired the collies bred by sheep farmers in the borderlands between England and Scotland. Sharp, a Smooth-Coated Collie, was one of her favourite and constant companions and even after his death he continued to hold a place in her heart. He was buried in her garden in Windsor Home Park beneath the elaborate tomb which reads:

While Sharp was completely devoted to the Queen, others found the dog to be badly trained. Victoria even noted in her diary of Wednesday 6 September 1869:

“At five minutes to eleven rode off with Beatrice, good Sharp going with us and having occasional ‘Collie-shangies’ (a Scotch word for quarrels or rows) with Collies when we came near cottages”.

As it always does, the breed experienced a surge in popularity as a result of the royal patronage.

As one of the world’s oldest dog breeds, Pugs have an interesting history within many royal families. They were popular at European courts and became the official dog of the House of Orange in 1572 when Pompey, William of Orange’s dog, alerted him to the approaching assassins tasked with killing the Prince.

Pompey had heard the men and fearing for his master’s life began barking furiously. In 1688, as William III and Mary II of Orange travelled to England to ascend the British throne, the breed was introduced to Britain and across the rest of Europe.

In the nineteenth century, Queen Victoria was a well-known Pug enthusiast and owned as many as 38 of the dogs during her reign. 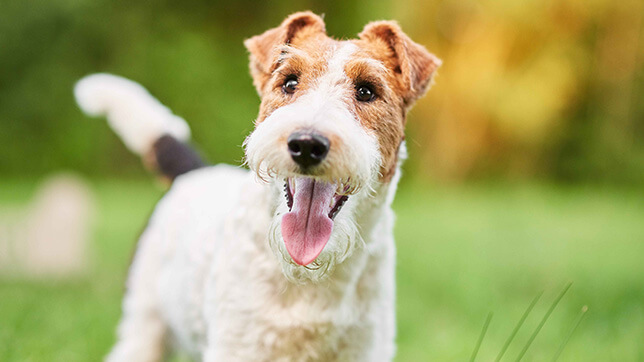 The Wire Fox Terrier is a breed that was developed for hunting and is thought to have descended from extinct Terriers from Wales, Derbyshire and Durham. King Edward VII was given a Fox Terrier named Caesar when his favourite Irish Terrier, Jack, sadly died in 1903. He quickly became a royal favourite and even travelled abroad to France and Germany with the King.

After the death of King Edward, Caesar refused to eat and would often be found whining in front of the King’s bedroom.

Caesar was allowed to attend the funeral of Edward VII and actually walked ahead of all the Kings in the procession, which caused some offence to some of the other Kings.

Do you own a royal favourite or think your breed has been overlooked by the Kings and Queens? Let us know on our Facebook, Twitter or Instagram page.