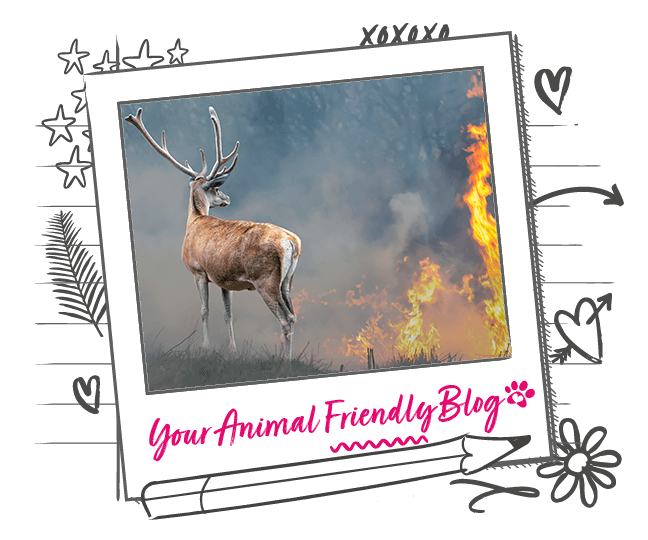 At Animal Friends we have been thinking about how natural disasters and extreme weather can affect both wild and domestic animals.

Today is Earth Day, so at Animal Friends we have been thinking about how natural disasters and extreme weather can have various effects on both wild and domestic animals. Many are killed and injured in tornadoes, forest fires, floods and other catastrophes every year. The destruction of land and natural habitats affects the food chain because many species are unable to hunt. Although the damage may seem irreparable, the effect on wildlife actually isn’t detrimental. Some positives can emerge for wild animals, yet it appears domestic pets suffer the most.

Fires rampaging across land and through forestry can have devastating consequences for the hundreds of animals living in affected areas. Those unable to escape can be killed by flames or smoke, leaving the survivors with burns and injuries. Fire also destroys animals’ access to food and shelter, leaving them with little to feed on whilst increasing the vulnerability of smaller animals falling prey to others due to a lack of hiding places.

The South Australian bush fires in January caused mass devastation to wildlife. Pictures emerged of a young male koala’s burns being treated by The Australian Marine Wildlife Research & Rescue Organisation. President of the organisation Aaron Machado claimed the koala probably would have died if they had not intervened, and said he was still at risk of dying from infection as a result of his injuries.

There was also a huge impact on livestock and domestic animals. The RSPCA visited properties where affected animals were residing to administer food and water, and to decide whether they needed to be sent for treatment. Many weren’t quite as fortunate, however. The RSPCA and other rescue teams had to put down several animals that were too badly injured to survive, and a local shelter was devastated. The Tea Tree Gully Boarding Kennels and Cattery in Inglewood saw all of its resident cats die, whilst firefighters managed to rescue forty dogs. 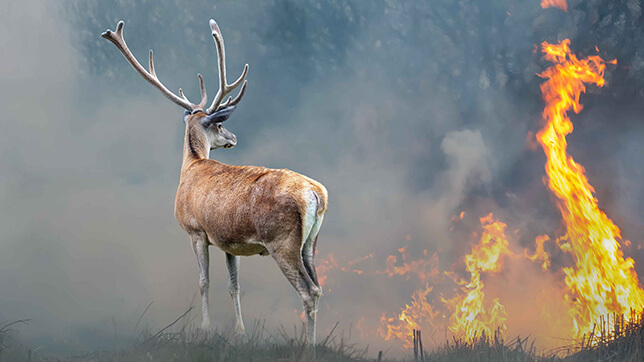 Flooding can have a massive effect on the lives of wild animals. Those that spend a lot of time underground, particularly during the winter months when storing food, can drown or be washed away when water infiltrates their habitat. Bird populations feel the strain because clouded flood waters make hunting for fish extremely difficult. Owls’ plumages become saturated with water from repeated rain and wet weather, and baby birds can be washed out of nests. Animals are trapped and eventually die of starvation from being unable to access food, whilst food sources are washed away when shelters and habitats become waterlogged and are destroyed. Pesticides and other toxic chemicals carried in the water can saturate grassland and plants, only for animals to consume them after the water has cleared. There have been links between lead poisoning in animals and flooding that preceded it.

Domestic pets also suffer. A flooded home means animals and their owners have to stay somewhere else until the problem can be rectified, creating a lot of confusion and stress for pets. Food, bedding and other items may be damaged, and pets can be become trapped or lost. Many others are abandoned, resulting in animals struggling to survive alone after relying on humans and leading to an increase in the amount of animals taken in by shelters.

Tornadoes can violently eliminate everything in their paths. Animals are killed and habitats destroyed when trees are ripped down, whilst many can be swept away by the force of the wind. It is thought that some can sense an impending tornado and are able to escape in time, but others aren’t as fortunate. Fallen debris can block underground burrows and trap animals inside, and diseases found in soil can be spread when trees are uprooted. Animals can take refuge in abandoned buildings and felled trees, posing a risk to their lives as unstable structures may collapse or be moved in the clearing and rebuilding process. Dangerous substances, such as asbestos, that are released when buildings are hit can cause contamination, and fires can also be started when electrical cables are damaged.

A tornado can be extremely traumatic for domestic animals as well. Pets are separated from their owners, swept away or killed. Disorientated and confused by the unusual activity and the drastic change to their surroundings, they can sometimes think they have been abandoned. Shelters experience a rise in the number of animals they take in, and many owners that have lost their pets are unable to find them again.

A natural disaster can revitalise an area, whilst evolution has meant that animals living in places prone to them are able to survive despite the destruction. The ruination of small animals’ habitats means that prey is more accessible to predators, but this also enables wildlife to find food and continue to survive. Animals and plants transported in the water are able to travel and recolonise somewhere new, ensuring the survival of their species. Wildlife will usually return to repopulate an area, often within a short amount of time of the disaster occurring, or a different species may take up residence. Fires can enrich soils with fresh nutrients, and animals can be attracted back to the new growth in places affected by a recent fire. Where devastation appears to be the only result of extreme weather, new animal life can be encouraged to repopulate. This demonstrates how natural disasters ensure the continuation of evolution.

Although many wild animals in such areas have evolved over generations to rebuild their lives, this isn’t the case with our domestic pets. They rely solely on humans to care for them in the aftermath, and would otherwise struggle to survive. If you live in an area prone to disaster such as flooding, ensure you have a plan of action you can put into place should anything happen.