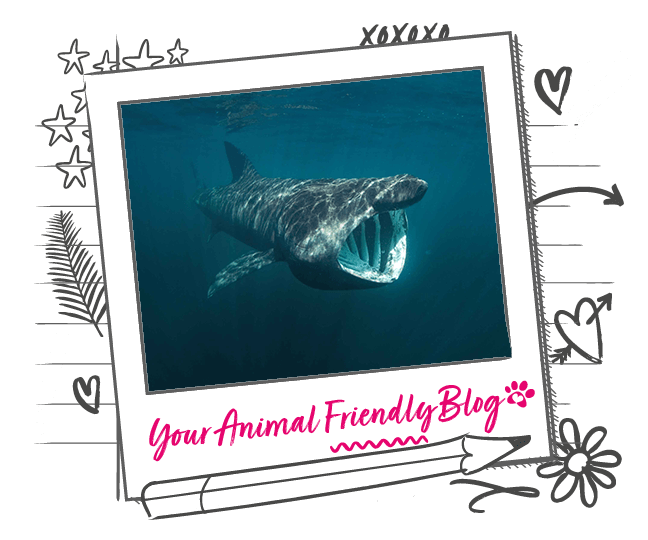 Is there a link between the Lockdown and the Basking Sharks returning to the coasts of the UK? Or does it simply have something to do with the warm weather?

While the human world has been forced into a corner by a virus, nature appears to be carrying on regardless. In fact, there are signs that some parts of the natural world have been benefitting from the break.

But we mustn’t get carried away. Our relationship with nature has been out of kilter for a long time. We’ve had the dial turned up to “max” for years. Letting things tick over for a few weeks can’t be expected to have made a fundamental change. And it is, of course, Spring in the northern hemisphere. Nature usually makes a bit of a comeback at this time of year. Sometimes we’re just too busy to notice it.

But, maybe being locked away from nature, as many of us have been, might just be acting as a timely reminder of how much it means to us.

The sight of a Basking Shark

One of nature’s great gifts is the sight of a Basking Shark. For us at the Shark Trust, their first appearance in our waters each year has become as much a sign of spring as blossom on the trees. For many years we’ve been collecting records of the sharks. They’re easy to spot because of their enormous size. And their habit of swimming and feeding at the surface. It doesn’t take a marine biologist to spot them. Anyone on, or near, the water can spot them and send their sightings to our recording hub at www.baskingsharks.org.

Basking Sharks usually enter our waters from the south. Making their way up the Irish Sea and further north towards the Hebrides for summer. This predictable pattern of movement has been consistent for years. But, until relatively recently, what they did after that remained a bit of a mystery. The best guess was that these sharks – the size of a small truck – went into deep water to hibernate in winter. As one of the few sharks that feed exclusively on microscopic plankton, it was assumed that they couldn’t get enough food to keep going. So, they slept.

But in 2003, using satellite tags to track their movement, scientists at Plymouth’s Sims Lab blew the “Hibernation Theory” out of the water. The tagged sharks didn’t give up and go for a nap when their food wasn’t at the surface. Instead, they travelled thousands of miles to make a living off deeper water food sources along the continental shelf.

We continue to learn more about these enigmatic creatures. Earlier this year, a team from Aberdeen University released the findings of their research, based on taking DNA swabs from the skin of over 400 Basking Sharks. What they seem to have found is that the sharks “hang out” in family groups. This cooperative behaviour, suggest the researchers, could explain how they learn these complex migration routes.

But, for the last few years, there has been another little mystery. The once reliable Basking Sharks seem to have been giving Cornwall a wide berth on their annual journey up the west coast. There have been remarkably few sightings recorded in the South West since 2014. We started to wonder what had changed on the route to their summer feeding grounds.

10 reports of sighting in the South West

And then, this year, in the midst of the lockdown, the 2020 season has seen a return to form. So far we've received 10 reports of sightings in the South West, including one just south of Plymouth Sound. We’ve also seen sightings reported on social media from Ireland, Scotland, Guernsey, Isle of Man and France. And that’s with less people out there to spot them. It’s great to see and it brings some light in a dark time.

But does it mean anything? It’s a human habit to seek cause and effect – something happens over here, while something else happens over there. Maybe there’s a connection. So, could there be a link between the appearance of Basking Sharks and the shutting down of the country? The answer, in this case, has to be no. Basking Sharks, as we’ve learned over time, are complex animals driven by annual cycles in the ocean’s chemistry and food production. Our short-term absence won’t have made much difference to them. More likely the warmer weather that drives the production of their food.

That’s not to say that what we do can’t affect Basking Sharks or any sharks for that matter. It just might take a little longer. In the last century, the Basking Shark was nearly wiped out due to overfishing. Protected since the late ’90s, they’re now showing signs of recovery. But for many other sharks, the overfishing continues. If that’s to change then we all need to make our voices heard and support science-based limits on fishing.

Let’s hope that when we come out of this, we can all share a renewed appreciation of what nature gives us… and a desire to protect what we love.