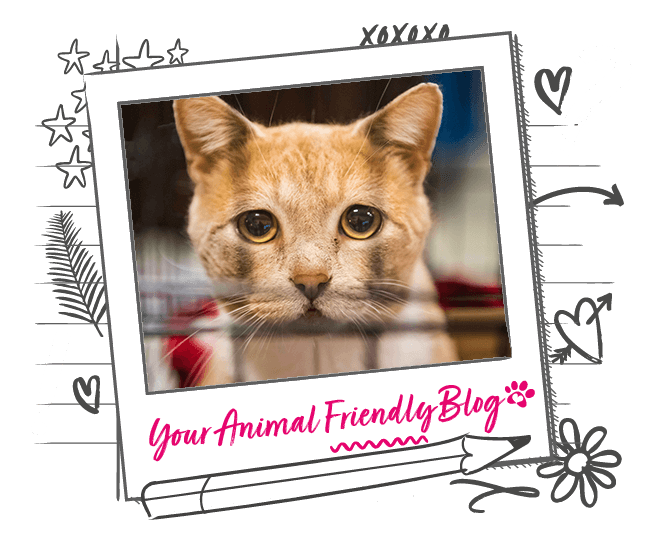 The negative effect of the media on animal abandonment

The strong influence of the media can be felt every time an animal is put in the spotlight, as many are taken in by shelters as a result.

The strong influence of the media can be felt every time an animal is put in the spotlight. Films featuring animals as their main stars often spark a craze of impulsive pet buying, only for them to be left at shelters when the novelty has worn off. This doesn’t just include cats and dogs, but smaller animals that ill-informed people think will make low maintenance pets. Others that are not generally considered to be suitable pets can also experience a surge in popularity, only to be surrendered to a shelter when the owner realises the extent of caring for such an animal. Celebrities themselves can also inspire animal trends, with many of the general public wanting the same pet as the stars they emulate. The amount of new animals taken in by already overpopulated shelters each year as a result of the media’s influence is worrying.

Animal fads are not a newly emerging phenomenon. The first dog to experience widespread fame was Rin Tin Tin, a German Shepherd that was used in many films, a television series and a radio show during the 1920s. Rin Tin Tin’s name continued to be used for many decades after the original dog died and other German Shepherds filled his place. This longstanding popularity saw mass production via puppy farms, creating several defects in German Shepherds and to this day, it is one of the most common breeds to be abandoned at shelters in the US and UK. Lassie was another huge animal star in the 1940s, and was responsible for the large increase in the amount of Collies that were bred through puppy farms. The films and television series elevated the popularity of the breed substantially over the next few decades, and subsequently the number of Collies abandoned in shelters rose.

The re-release of the 1961 Disney animated feature film 101 Dalmatians in 1985 and 1991, and then the live action film in 1996 saw the demand for the breed soar. Many people wanted a Dalmatian because of the image they were presented with in the film, only to describe their dogs as temperamental, aggressive and difficult. Dalmatians are energetic and demanding, originally bred to run for many hours at a time and as such require a lot of exercise and dedication from their owner to meet their needs. Although they enjoy human company, their high energy levels can prove difficult to live with, as many unprepared people experienced.

A worrying new trend that has emerged over the past decade is small dogs being used as fashion accessories. It began with Legally Blonde in 2001, a film that features a Chihuahua as one of its main characters. The film’s protagonist frequently carries the dog around in her arms and handbag, whilst dressing it up in a variety of outfits to match hers. This perpetuates the message that small dogs such as Chihuahuas are not individual animals with feelings and needs, but rather an extension of their owners to be dressed up and accessorised. This has been continued by many celebrities, who carry around and dress up their dogs to this day. Their fans see the pets photographed in magazines and on social media accounts and want one themselves, thinking of them as more of a fashion statement than a living animal. It is also assumed that Chihuahuas are very easy to look after because of their size when in actual fact, small dogs require just as much care as larger dogs, including regular exercise. There were cases of some being afraid of walking and using a lead after becoming so used to being carried around. As a result, there has been a huge increase in the rise of abandoned Chihuahuas, so much so that they have overtaken the Pit Bull as the most abandoned dog in US shelters for the first time. The media attention celebrities attract mean that whenever they abandon an animal, it is widely publicised. Their behaviour then suggests to their millions of fans that it is perfectly fine to treat an animal like an accessory, and abandon what is supposed to be a lifelong pet when you don’t want to look after it anymore.

Very recently, there has been a rise in trend of owning wolf-like dogs after the release of the Twilight films and the Game of Thrones series. Both heavily feature wolves as companions to humans and as such, breeds like the Siberian Husky have increased in popularity. Many people do not realise the massive commitment that taking on the breed requires. Their history as working dogs used to transport sleds means they are very boisterous and active and as such, require a lot of exercise. Their thick furry coats that were intended to protect them from the freezing temperatures of Siberia can cause Huskies to struggle in mild climates such as the UK’s. They are also notoriously difficult to train because of their independent streak, and aren’t as willing to please humans as some other breeds. Many people abandoned their Husky after realising the complexities of caring for such a breed, or because their small puppy grew into an enormous, demanding dog that was difficult to manage. A recent story illustrating the problem emerged, where an abandoned pregnant Husky was rescued by the Blue Cross Centre in North Yorkshire. It is thought that she may have been abandoned after her previous owner discovered she was pregnant and didn’t want to commit to looking after so many dogs. She gave birth to a litter of nine puppies at the shelter, and the Blue Cross have since been inundated with requests to adopt them.

Media sensations have affected smaller animals too. There was a huge increase in the number of Red-Eared terrapins bought after the release of the Teenage Mutant Ninja Turtles film and series in the 1990s, with many thinking the small reptiles would be low maintenance pets. However, many didn’t know that the initially tiny terrapins would grow to be quite so large, and found accommodating them at their full size difficult. Some ill-informed owners didn’t realise how complex reptiles are and the difficulties that can emerge when caring for them, for instance, terrapins can carry bacteria such as salmonella. Many gave their pets to shelters whilst others abandoned them in local ponds and rivers, thinking they were setting them free. Despite the difference in the UK climate compared to their native South America, a lot of terrapins survived and ecosystems have suffered as a result. The terrapins have attacked UK wildlife such as worms, slugs, snails, fish, and even ducks, causing authorities to capture and transport them to sanctuaries in other countries such as Italy. They can still be spotted throughout the UK today.

Some productions include messages intended to promote animal welfare, reflecting an awareness of the repercussions that featuring animals can have. Despite their best efforts, many people still want an animal like the one they see featured on screen. Disney’s 2003 film Finding Nemo is an example of a film with good intentions that was responsible for many people buying and abandoning their pets. The film negatively portrays taking tropical fish from coral reefs for them to be sold in captivity, yet Clownfish populations of some reefs dropped as more were captured to meet demand. Ecosystems were damaged by the shortage of the fish as well as the chemicals used to capture them. Furthermore, some people thought flushing their pets down the toilet would be a way to free them after realising the amount of effort needed to care for tropical fish. The film itself even shows the characters considering using the toilet as a method of escape from the dentist’s fish tank and, therefore promoting that it is acceptable to flush unwanted pets away. In places where fish did reach the sea one way or another, they had to become accustomed to a climate that was unlike the tropical waters they were used to, including competing with other animals.

Sometimes the popularity of a film or franchise is such that the public want more than a conventional pet, as proved by the Harry Potter franchise. Owls are portrayed as friendly, tame animals in the films, regularly seen in cages and perched on characters’ shoulders, mimicking behaviours more commonly seen in pet Macaws. In actual fact, owls aren’t easy to domesticate because of their strong hunting nature and can be dangerous pets. The success of the films coupled with the unrealistically friendly portrayal of the animals saw a surge in people buying owls as pets. Some even went as far as to trap wild owls to keep or sell, which is an illegal offence that can result in a fine of up to £5000 for certain breeds. They require a specialist diet, plus a large costly aviary priced at around £900 to be kept in captivity. The animals suffered neglect and cruelty at the hands of incapable owners failing to provide the care needed, and there was a massive increase in the amount of owls given to shelters. Many had to be confined to a shelter for the rest of their lives because living in captivity meant they did not gain the vital hunting skills they rely on to survive in the wild.

Even more unbelievable is the demand for pet meerkats after the Compare the Market adverts. Some have been imported and sold in pet shops throughout the UK, only to be left at shelters because their demands are too much for their owners to fulfil. Their varied diet of meat and insects, plus fruit, vegetables and supplements can prove costly, and they require a lot of stimulation to stop their destructive streak from emerging. Furthermore, their need for socialisation means they will develop behavioural issues unless they live in groups. Some meerkats have been abandoned in the wild, where they will struggle to survive in the cold UK climate that differs drastically to where they are originally from in Southern Africa. They can also damage ecosystems because of the competition native animals will have with the new species.

Publicising the royals’ pets also has consequences. The addition of a Cocker Spaniel puppy in William and Kate’s household in 2011 resulted in more people buying the breed, leading to higher numbers of Cocker Spaniels being left at shelters. Traditionally a working dog, the breed is very active and needs an owner that will allow it to get the amount of exercise it needs. This demonstrates how people often buy pets to copy their favourite celebrities rather than taking into account what would be the right breed and the right pet for them.

These cases raise the question as to whether animals should be involved in anything media related at all. Although it is difficult to remove them entirely, producers need to take into account their potential to inspire a mass onslaught of animal abandonment from the portrayal of one animal.