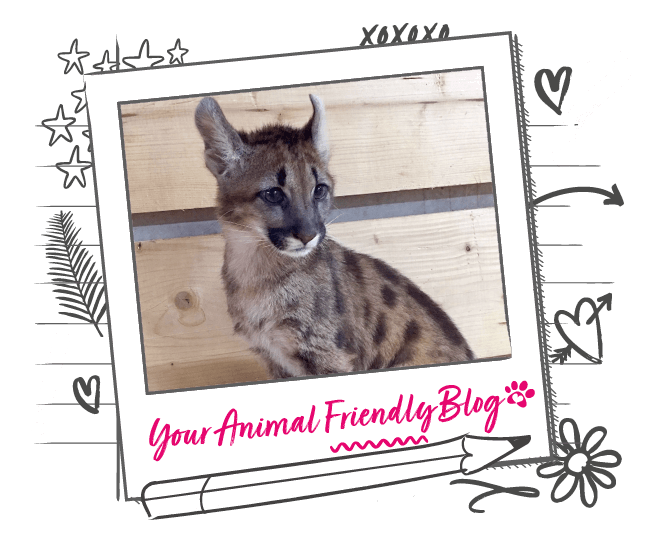 Tikam the Puma, an apartment, and Four Paws

Tikam the Puma cub was rescued from a bathroom in Germany, the victim of the illegal wildlife smuggling trade. See how Four Paws is working hard to end the big cat trade and alleviate animal suffering.

Just before Christmas 2018, Tikam was living in the bathroom of an apartment with only a scratching post and balls to keep him occupied, a bed in one corner and a litter tray in another. This would have been fine if Tikam was a cat, but he isn’t, Tikam is a young Puma.

Once the authorities had been notified and the puma safely rescued, Four Paws International took the cub into its care.

Tikam is believed to have been two months old when he was purchased for 2,300 euros in the Czech Republic by a breeder and brought across the border into Germany.

The young puma should have been with its mother enjoying the mountains, deserts and rainforests of the western hemisphere but unfortunately, he became part of the illegal wildlife trade instead.

Tikam, and many animals like him, never get to see their homes in the wild. Sadly, because these animals have only seen and interacted with humans, a lot of them aren’t able to be released back into the wild. This is true for Tikam, too.

However, thanks to Four Paws, Tikam is now able to enjoy an environment more suited to his needs as a wild cat. He currently lives at TIERART, a big cat centre in western Germany.

The sanctuary makes sure that the highest standards of animal welfare are met and has provided a rehabilitation program to a variety of animals.

As well as helping Tikam the puma, they’ve provided a home to lynxes, deer, foxes, tigers and even smaller mammals like hedgehogs and squirrels.

Putting an end to the big cat trade

Breeding and trading of tigers are still legal in many countries within the EU so there’s no way to know just how many big cats are kept in bathrooms like Tikam. This is not only cruel to these beautiful creatures but it’s also dangerous for other animals and the humans around them.

We at Animal Friends are proud to be able to support a charity such as Four Paws which works so hard to alleviate animal suffering across the globe. This support only continues to happen because our customers continue to choose policies with us, for which we are grateful.