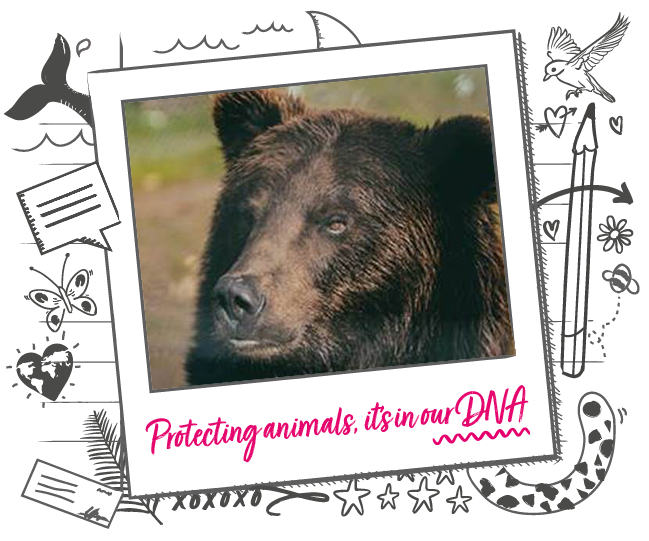 Working towards a world in which animals are treated with respect, empathy and understanding.

From orchestrating a campaign to vaccinate 50,000 dogs in Myanmar, ceaseless advocacy to end the puppy trade to working to save bears who are being exploited in Vietnam, FOUR PAWS carry out extremely valuable work to combat the neglect and abuse of animals worldwide.

FOUR PAWS reveals inappropriate and life-threatening conditions for animals and develops appropriate solutions to help bring about change in mindsets and laws around the world.

We rescue animals in need worldwide that are under direct human influence and works to reduce and end the suffering of animals by taking concrete action, mobilising teams and campaigning to change consumer behaviour.

FOUR PAWS provides sanctuary for wildlife such as big cats, bears, orangutans and elephants rescued from poor conditions around the world.

We’re committed to the responsible treatment of animals and to combating illegal practices and by working with authorities and governments around the world we can help introduce legislative changes that improve the lives of millions of animals.

How Animal Friends has helped

Support from Animal Friends has enabled us to fund our stray dog management programme in Romania and specifically our animal care centre “Speranta”, which means hope in Romanian. This will allow us to improve and expand the facilities that treat, rehabilitate and rehome the many often injured animals there.

Animal Friends Insurance is a long-time avid supporter of FOUR PAWS, having helped with a variety of different projects in the past. We have donated a total of £240,500* to the charity in the last five years to help their tireless work in protecting animals around the world.

How you can help

Donations make an incredible difference to the charity’s projects. £15 could feed a rescued bear in one of their sanctuaries while £30 could help to provide veterinary care for a lion.

To find out more about FOUR PAWS and how you can support our work visit www.four-paws.org.uk/ or follow us on social media below.