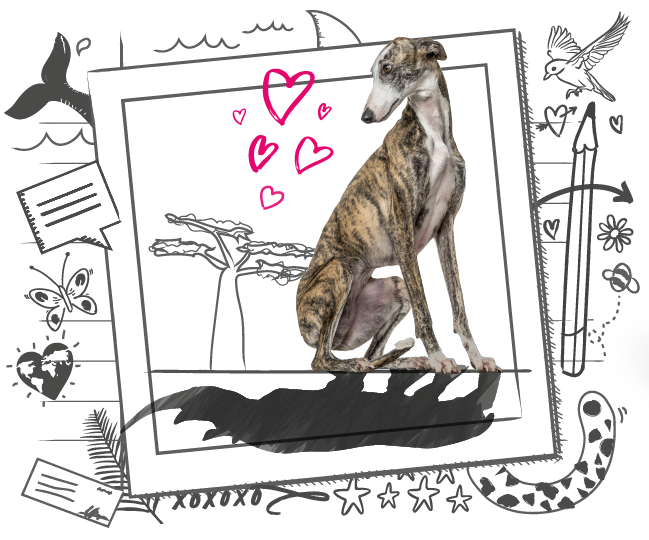 Orangutan Appeal UK Dedicated to the rehabilitation and preservation of orangutans

Founded in 2000, Orangutan Appeal UK has grown rapidly from just a commitment to help, to a position where we are delighted to have been awarded official UK charity status.The Appeal strives to protect remaining wild populations of orangutans by providing support and funding for projects across Malaysian and Indonesian Borneo; and by raising awareness of the plight of this great ape across the globe. The Appeal is also authorised to work on behalf of the famous Sepilok Orangutan Rehabilitation Centre!

Sue Sheward MBE, the Appeal’s Chairwoman and Founder, became involved with the struggle of the orangutans in Borneo while on holiday there. Having seen the work of the Sepilok Rehabilitation Centre initially as a tourist, and then having shown great interest, she was allowed further access and more information about the project and returned to the UK with the conviction that she would do something to help.

Since its inception, OAUK has worked tirelessly to safeguard the future of the endangered orangutan. The Appeal has dramatically improved the facilities at the Sepilok Rehabilitation Centre and been involved in several translocations and numerous releases of orangutans into protected rainforest reserves. As well as ensuring that expert medical care is available at the Centre 24 hours a day for every eventuality, OAUK continues to fund orangutan rescues and promote conservation education to local communities in the UK, Indonesia and Malaysia.

Orangutans, who share 96.4% of human DNA, are essential to maintaining the rainforest ecosystem and are in serious danger of becoming extinct in our lifetime. Orangutan Appeal UK therefore believes it is absolutely imperative to save these beautiful great apes.

OAUK relies on support and funding entirely from our orangutan adoption scheme, donations from supporters and grants. The Appeal is a non-profit charity that does not receive any government funding and without our generous donors the continuation of OAUK’s work would not be possible as the costs are far too substantial for the Appeal to meet.  If these projects were to end, there would be serious consequences to the survival and welfare of hundreds of orangutans across Malaysia and Indonesia.

The Appeal aims to effectively protect, rehabilitate, conserve and raise awareness of the orangutans plight to ensure the welfare, health and survival of the species into the future. 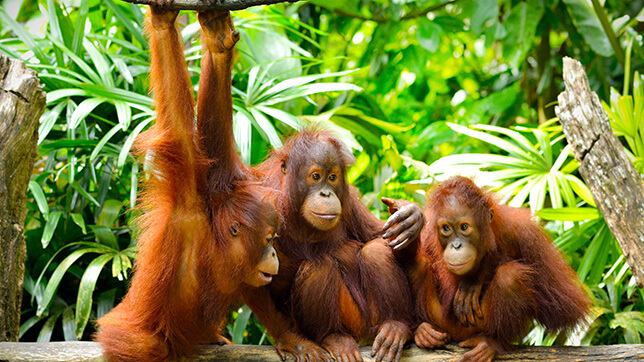 Just some of the many projects we have funded are:

–  Rescue, rehabilitation and translocations – Sepilok saw the first successful translocation of the orangutan ‘King Ghaz’ by helicopter to a remote reserve in 2001. Since then OAUK has successful relocated, by helicopter, 8 fully grown male and female orangutans and numerous other relocations by road into the Tabin Rainforest Reserve. This helps to alleviate resource competition in the Kabili reserve surrounding Sepilok but also encourages new breeding activities in Tabin to help secure the next generation of orangutan. Since OAUK became involved there have been over 25 successful orangutan releases.

–  Providing medical care – For the last 8 years the Appeal has provided and sponsored a Malaysian veterinary surgeon and vet nurses at the Centre.  However, for the past 2 years there have been no suitably qualified Malaysian vets available to fill this position so the Appeal has provided experienced UK vets. The vets provide essential 24 hour care and lifesaving treatment to the sick and injured orangutans which is absolutely vital to their survival and release. The vets also educate and train local staff in important veterinary procedures and practices such as hygiene regimes and disease control.

–  OAUK supports the local community through employment, training and education – OAUK believes that it is essential to engage the local community; therefore OAUK employs Malaysian vet nurses and a team of Malaysian research assistants at Sepilok to track and keep a watchful eye on the newly released orangutans in the reserve. This is to ensure their safety during their first months of release, which is when they are most vulnerable. The Appeal have also just finished sponsoring an individual through the ‘Endangered Species Management Graduate Certificate’ course at the Durrell Wildlife Conservation Trust on the Island of Jersey.

With continued habitat destruction the numbers of wild populations are dwindling, orangutans are listed as endangered (Bornean) and critically endangered (Sumatran). Sadly if the current rate of decline continues, it is likely this great ape will be lost within our lifetime.

The orangutans long-term survival depends on the protection of their natural habitat and environment. The Appeal’s work has a wider benefit in that where populations are low, reintroduction of successfully rehabilitated orangutans of reproductive age can increase vastly depleted numbers as well as helping to dramatically widen the gene pool. Projects to rescue, rehabilitate, protect the natural environment, provide essential medical care and monitor released orangutans are imperative to the survival of this great ape and the continuation of the species.

Our next vital project is to team up with the Centre for Orangutan Protection (COP) who we have been working in conjunction with for 7 years to build our own rescue centre in Kalimantan.  There is a desperate need for a “safe haven” for the orangutans that have been rescued and often need veterinary care before being returned to the wild or a place found in a rehabilitation centre for them. Often they have come from devastating situations, enduring physical and mental abuse such as: burning, starvation and in some cases sexual exploitation. COP’s Indonesian team work on the front line of orangutan rescue, welfare and conservation.

Together OAUK and COP can forge a partnership that will enable us to bring these helpless, often abused animals, to a place where they will be cared for and supported.

With your help we can make this happen and save a magnificent species from extinction.