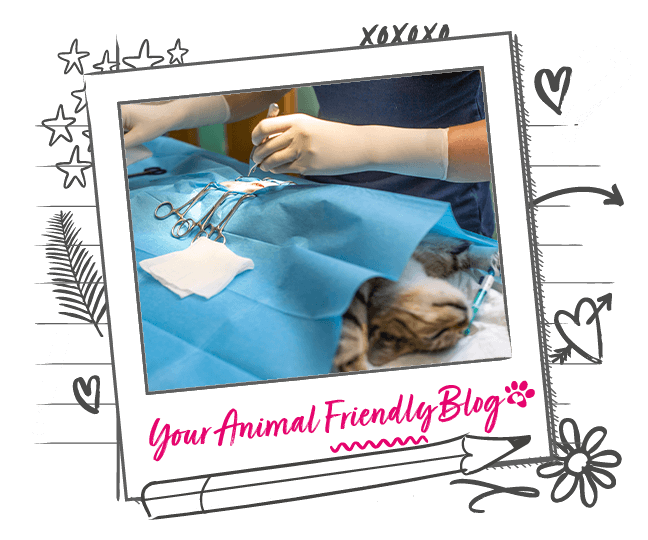 Spaying your cat has many benefits, including helping to reduce the population of unwanted animals and the spreading of disease.

The process of spaying is the desexing of a female cat, or queen, through the surgical removal of her reproductive organs. This will prevent her from producing eggs, becoming pregnant and secreting the hormones essential for reproduction. The benefits of spaying include helping to reduce the population of unwanted animals and the spreading of disease. It also eliminates certain behaviour in your cat that is used to find and attract males, such as roaming or calling.

Contact your vet for advice about when the best age is to get your cat spayed, although it is usually thought the younger the better. From around four months old she will begin to attract the attention of males, and spaying early will prevent your cat becoming pregnant whilst she is still a kitten. Also, allowing a cat to have a litter of kittens before being spayed is not beneficial to her, despite suggestions that it is.

You need to carefully consider whether or not you want to have your cat spayed. It is an irreversible procedure, so if you are unsure about whether you would like to breed your cat in the future then you need to decide early whether it is what you definitely want to do. You also need to bear in mind that if your cat were to breed, you may not be able to find homes for the kittens easily, and it is unfair to contribute to the population of unwanted animals.

Before the operation begins, your cat will be placed under general anaesthetic to prevent pain and stop her from moving during the procedure. The cat is injected with several anaesthetic drugs to make her fall asleep, and an endotracheal tube is placed down her main airway to enable her to breathe more easily. This also keeps her airway free from vomit and other secretions. Oxygen and gas vapours are connected to the tube, provided by an anaesthetic machine.

A small incision is made about an inch below the umbilical scar, and the surgeon begins to remove the fat to provide easier access to the abdominal wall muscles. These are then cut through so the vet can enter the abdominal cavity, into which a spay hook is inserted to remove the first uterine horn. This is one of two tubes where the kittens grow during pregnancy.

Following this, a suture is placed around the blood vessels that supply the cat’s ovary, which are then clamped off. This causes them to narrow in diameter, reducing the likelihood of haemorrhage after the removal of the second ovary. The suture is tightly knotted and the ends of it are cut away, after which a scalpel blade is used to cut through the ovarian artery and vein that supplies blood to the ovary. This is done is such a way as to remove the ovary without causing bleeding from the blood vessels, and these steps are then repeated for the second uterine horn and ovary.

The two horns are pulled towards the cat’s tail to reveal the uterine body, which is where the horns combine. A clamp is then placed across it above the cervix and below the horns. A suture is used to close off the area leading out of the uterus to prevent bacteria entering the abdominal cavity once the uterus has been removed. It also closes up the uterine blood vessels that supply the uterus to prevent them from haemorrhaging after the uterine body has been cut off. The suture is then tied around the uterine body and the ends are cut away to leave a knot as before. This is important because excess suture can cause irritation and inflammation inside the abdomen, and organs can become stuck together from scar tissue. A second suture is placed around the uterine body, which is then cut off above the sutures. The removal of the uterus is irreversible, and means the cat is no longer able to reproduce.

The suture material used to close the hole in the abdominal wall musculature will absorb later on, so the stitches won’t have to be removed. Also, closing the layer of fat under the skin decreases the amount of open space between the abdominal wall and the skin layers, which reduces the risk of fluid-filled swelling forming at the site of the surgery. The skin is then closed using skin sutures. Non-absorbable sutures need to be removed between ten to fourteen days later.

Your cat may experience a level of discomfort following the operation because surgery is involved, and she may seem a bit groggy after the anaesthetic, but this will wear off. Have a look at our Spaying and Neutering Aftercare Guide for more information about what to do afterwards.

This is not intended as a medical document, so contact your vet for more information about spaying your cat.

Insuring your pet is another way you can protect them. Animal Friends offer a range of policies for you to choose from.