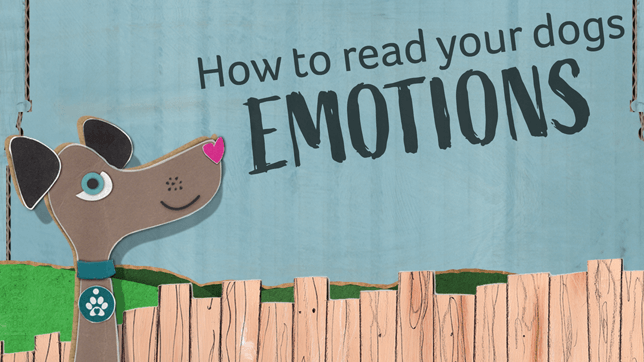 We speak to them in our language and they listen, they sit, stay, paw and fetch and their faces light up when we tell them we love them. It doesn’t happen instantly, either, they learn as they live with us.

You could adopt a dog in England and take it home to Wales and speak Welsh and in a few months, it would understand your commands, so shouldn’t we take the time to learn our dog’s language?

Unfortunately, as our dogs don’t speak (even though we wish they could) we have to rely on their body language. From the tips of their ears to the end of their tails, you should always interpret their movements and actions together as they will be communicating with their whole body, not just one part of it.

People often think there are only two ways to interpret a dog’s tail, with a wagging tail meaning the dog’s happy and if the tail is tucked between the dog’s legs then it must be sad. This is definitely not the case.

When you get home from work your dog probably greets you with a wagging tail because they’re happy to see you but what does it mean if your dog’s tail is wagging but not as fast as usual?

A slow wagging might indicate that your dog is feeling nervous or is wary of something, especially if their head is lowered too.

If their tail is stiff while it’s wagging, then this could indicate some unfriendly intentions and should definitely not be ignored.

You might have seen this in your own dog in certain situations or noticed it in other dogs you’ve encountered and have a rough idea as to what it means. This is a big indicator that the dog is scared.

Young puppies that have been brought home for the first time might spend the first few days, or weeks, with their tail tucked between their legs as they’re uncertain or feeling quite vulnerable.

A submissive dog might also keep its tail between its legs when meeting new dogs or people, or when they’ve done something they shouldn’t have. You know, like chew the post or left you a warm surprise while you were out.

Well, a dog’s ears come in all shapes and sizes, don’t they? From basset hounds to corgis, you have floppy ears and pointy ones, while some dogs have small ones and others have ears too big for their heads.

Regardless of what type of ears your dog has you’ll still be able to know what your dog’s thinking by simply reading their movement.

You might notice your dog’s ears positioned back when they’re in a friendly mood and combined with a happy wagging tail this is the perfect mood.

If your dog’s ears are loosely pinned back then your dog is being submissive, especially if their tail is tucked between their legs.

If their ears are pinned tightly against the back of their head this could mean your dog is terrified.

A dog will often point their ears up if they’re curious or alert. This could happen on walks, squeaking a toy at them, or talking to your dog in a tone they’re not that used to. Yes, we all do it! 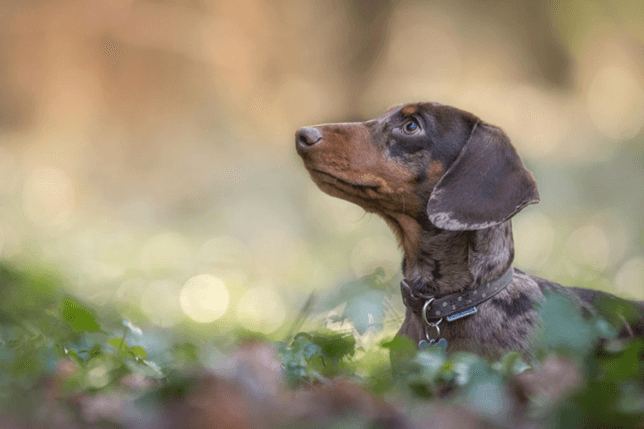 Other things to look out for

You’re probably eating something that looks and smell rather yummy and your dog wants you to share!

Your dog is probably tired, but dogs also yawn if they’re feeling stressed, so if you’re having a family argument you might notice your dog’s mouth wide open.

Sometimes dogs lick their lips to tell you they’re feeling a little uncomfortable or scared, especially if this is combined with any of the other tell-tale signs of fear.

Serious eyes and pointed ears probably mean your dog is focused, so probably waiting for you to throw a tennis ball or frisbee for them.

All dogs are different, and you will come to learn your dog’s body language and be able to tell if your dog is uncomfortable, happy, scared, content or tired in no time at all.