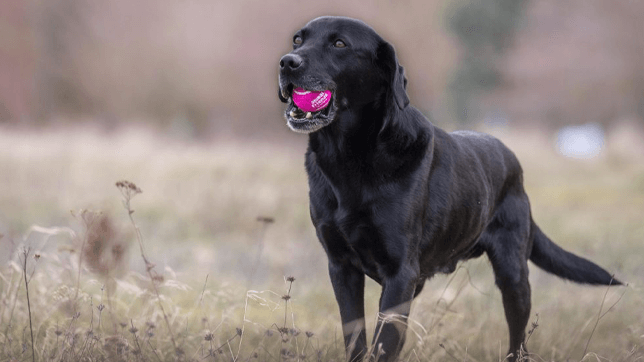 Our fantastic friends at All Things Dogs have written a great blog about the best training tools for pet owners.

Whilst dominance theory has been widely debunked, many pet owners are wondering where best to start when training their faithful friends.

Well, we intend to start at the beginning. There’s no secret, no magic wand, just a good solid understanding of how dogs learn and a willingness to put in some hard work. With us so far? Let’s get cracking!

The idea that as pet owners, we need to be “in charge” or “show them who’s boss!” originated from a study carried out on captive wolves. First things first, the domestic dog is not a wolf and they’re far from being captive. The author of the original study even corrected his earlier mistakes, writing in 2003 that even if we were still hung up on the wolf-dog idea, the social behaviour of a wild wolf, largely consists of cohesion and cooperation!

So, if we don’t do the “alpha roll” or punish them into submission, how do we get our dogs to respect us and learn appropriate behaviour?

Ever heard the saying when dealing with a difficult colleague or peer, kill them with kindness? Or you can catch more flies with honey than vinegar? In a nutshell, that!

Countless studies have shown that dogs learn through positive reinforcement. If a behaviour elicits a positive response, they are more likely to repeat said behaviour. Similar studies have shown, by contrast, that aversive techniques (punishment) actually create and exacerbate problematic behaviours.

By why I hear you cry? 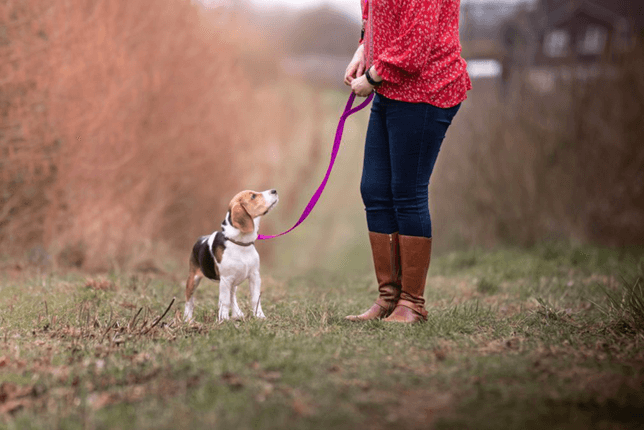 What is punishment in dog training?

If dogs learn through the consequences of their behaviour, surely a negative consequence helps them realise not to do it again? No, not quite.

Punishment, means, by definition, giving pain or suffering to the wrongdoer. So, you may have heard of someone rubbing their pup’s nose in their mess, or you’ve seen an owner yank the leash of the dog to get them to walk to heal or a “tap” on the nose for sniffing the garbage; the list could go on.

Pain or suffering cause a stress response in the body, in both humans and dogs. Stress hormones are released to help you escape the potential threat, whether that is to run away, stand and fight or just freeze.

The more a dog is punished, the more this stress response occurs.

Dogs may start running away from their owner.

They may decide to stand and fight, so growl at their owner or even bite/nip.

Or they may just freeze; they will stop the behaviour but instead have developed a fear of their owner. Fearful dogs can develop a range of behaviours including self-harm and destruction. They often remain in a state of chronic stress which causes a range of long-term health problems.

None of these are ideal, so we assume you are with us when we say we don’t want a stressed or fearful dog?

Behaviours you want to see in your dog

Instead, we encourage the behaviour we do want to see, we praise and reward them when they get it right. We ignore the unwanted behaviour (if it’s safe to do so) and re-direct.

So what tips or tricks allow us to do this? As we said, there isn’t a magic wand or a secret skill, we figure out what our dog likes.

Are they toy orientated or food orientated? So given the choice, will they take the tennis ball from your one hand or the liver treat from the other?

What does your faithful friend place value on? Do they respond to your praise and attention or do they prefer their rope toy over their squeaker?

In a room, lay some toys out, lay some treats out and crouch down, ask a helper to let your dog into the room and see where he goes first.

If they come to you, they are likely to place value on your praise and encouragement. If they go straight to the treats – they are food orientated, if they go to their toy, you’ve just found their high-value reward! Use this!

When you are trying to encourage a new behaviour, or train a new command, use what they place value on!

How to praise your dog

Whenever Fido is behaving how you want him to, praise and reward him, whether this is a quick treat or a throw of the ball. When he knows a behaviour gains a positive response, he will want to do it again.

If you are trying to teach Fido a new trick, use his high-value reward to lure him. So, if he’s learning sit, use a treat or rope. With him in front of you, hold the treat or ball over his head; his bottom should touch the floor as he’s following your hand backwards, as soon as he touches the ground, reward him. Repeat and label the behaviour.

Liver treats are great aromatic treats to work with. Inexpensive, chop some liver into small blocks. Cook on low heat for 2-3 hours and allow to cool.

Using clicker training with a dog

Clicker training can also be a great technique to add to your arsenal. It is a helpful way to “mark” the wanted behaviour. A clicker is a small buttoned device, which literally clicks as you press it.

Clicker training can be helpful if you are working regularly with Fido – by association, he learns that “click” means reward. The click sound is not typically heard anywhere else, so it can only mean one thing. It also removes the stream of verbal differences that some owners attempt to get Fido to do what they want him to.

If you are teaching Fido to “lie down,” from a sit, lure him to the ground with a toy or treat, as soon as he touches the ground, lying down, mark the behaviour with the clicker and reward. Repeat and label, once he fully understands the behaviour. 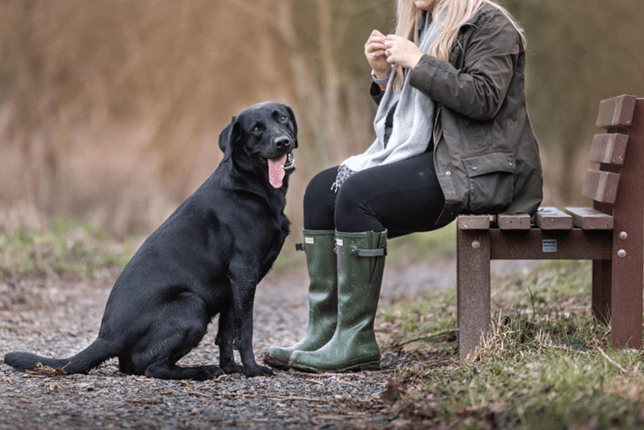 So this all sounds great, you are building a positive relationship with Fido, rewards are in abundance, but let’s be realistic. Dogs will be dogs. They will do dog things. It’s inevitable they will do something they shouldn’t. What do you do?

The easiest way to solve problematic behaviour is to simply blame yourself – not because we want you to feel like rubbish pet parents, it’s just easier to find solutions that way. If Fido does something wrong, what human intervention could have prevented it?

He peed in the house – when did you last let him out? Does he need to go out more frequently? Or was he stressed or anxious? Has the routine changed in any way and he’s really struggling to deal with it?

He chewed the chair leg – was he left alone for too long? Was he bored? Would he be more settled in a gated off area in the home where he can’t do any damage? Are there games he can play to keep him stimulated?

He growled at the neighbour – was he stressed? Did he feel threatened? Did his body language scream “get me out of here!” way before he growled? It probably did.
We domesticated dogs, it’s our job as pet parents to help them navigate the human world as safely as possible and always set them up to succeed!

When it’s safe to do so, ignore unwanted behaviour and re-direct. So, he’s run off with your slipper, call him and swap it for his own toy. Play with him, show him that his toy is much more interesting than your slipper!

The best tool in your arsenal

The best tool you can have as a pet owner is understanding how your dog learns. All the tips and tricks make total sense afterwards! Use praise, rewards and plenty of positive reinforcement, avoid punishment at all costs unless you want a stressed and fearful dog!

Figure out what floats his boat, whether it’s food or toys and use it to your advantage. Build that relationship for that is the key to a happy pooch and a happy owner!