Behavioural referrals in Dogs and Cats

Jo Scott, R.V.N and expert animal behaviourist, has written a blog for us about behavioural referrals in dogs and cats.

As a general rule more dogs than cats are referred for behavioural problems, there are various reasons and theories as to why this may be.

It is important, however, to realise that a lot of the so-called behavioural problems are actually a normal behaviour carried out by the animal at a time or place that doesn’t suit the owner or causes a problem for them. 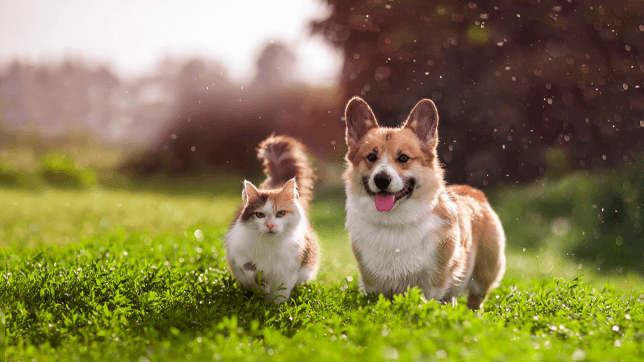 We do expect a lot of our pets, we expect them to adapt to our lifestyle, many can and do without problem, but not all. We expect them to enjoy meeting all other members of their species when we often don’t.

Having said that, there is so much more information available on the internet these days that people are more aware of the needs and natural behaviours of their pet, although you do need to learn to be discerning, there is also a lot of rubbish out there!

The most common problems seen are:

Socialisation with both people and dogs is one of the most important lessons a young puppy can learn, but it has to be done correctly otherwise the very problems that you are hoping to avoid can actually be caused. 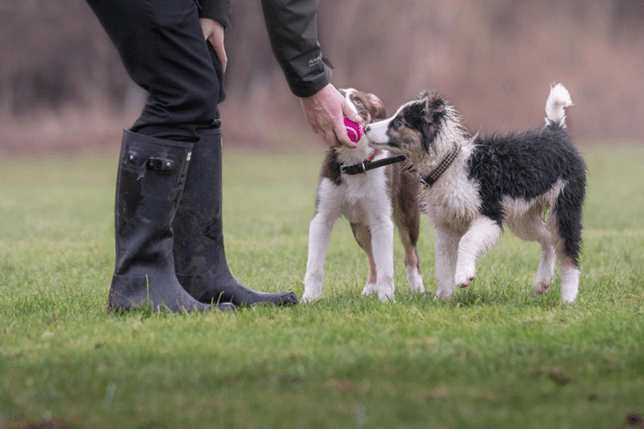 It is generally accepted that puppies are most susceptible to socialisation from 7-14 weeks of age, so it needs to be started whilst still with the breeder.

The pitfalls of poor socialisation experiences

It is possible to over socialise your puppy, or ‘flood’ them with too many experiences. It is also a danger that the people or dogs they are socialising with are not suitable and the puppies learn the opposite to that which you want.

Examples of this we often see are badly run puppy classes where all the pups regardless of age, size, character are left to run riot for the session time with little or no supervision. This can lead to bouncy confident puppies learning to chase and ‘bully’, and nervous puppies learn to run away and hide or snap to keep the others away.

Inappropriate or rough handling by unsupervised children or adults can lead to a lifetime of fear reactions to being handled. Reactions to all of these scenarios can result in aggression, avoidance, learned helplessness and other emotional response which can be hard to reverse. Some dogs only need one bad incident to alter their perception for life, others may need multiple events, there is no set rule.

The same problems can occur with kittens but we have fewer expectations for them to cohabit and socialise with other cats.

Hand-reared kittens often display an unexpected level of aggression to their owners which demonstrates the importance of species-specific communication for a young animal. Early disciplining is best done by the mother or another animal of the same species. 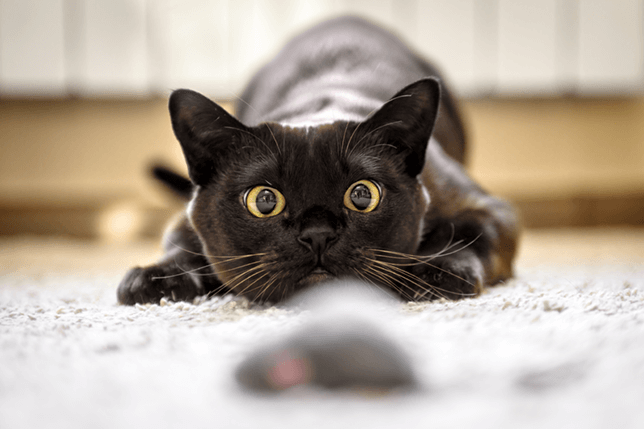 Cat house-training failure often has its root cause in more than just a breakdown of the habit. Cats use scent marking to mark their territory against other cats but also as a method of reassurance when worried about a change of surroundings, individuals or circumstances in their living space.

Anything that upsets your cat may result in the deposit of both urine and faeces in the wrong place regardless of how many litter trays you have or where they are. Dogs can react the same way but it is usually more likely to be a lapse in memory or incorrect training when young.

Separation anxiety and other related problems

Separation related problems are much more common in dogs than cats but I have seen them in both species. Separation anxiety is the label usually given to these cases but it is not always anxiety that causes destructive or vocal behaviour. It could be boredom, excitement, panic or other emotional reasons.

A video of the animal when left alone is imperative for a correct assessment and creating an effective treatment plan. The best way to avoid these is by teaching the puppy to be left alone from a young age, but it must be done carefully.

Phobias can be the result of an early learnt experience or a genetic tendency to anxiety or fear that becomes linked to something. The most common is a sound phobia, seen more in some breeds than others, but I have also treated agoraphobia, and phobias linked to specific events or items.

Other problems that may be seen include self-mutilation, pica or abnormal appetite, eating weird and wonderful items, and obsessive, compulsive behaviour.

Some behaviour problems are a result of learning and related theories, others are genetic or congenital, whatever the cause the treatment approach is the same. An accurate assessment of the emotions, reinforcements and actual behaviour need to be made.

The animals’ life as a whole needs to be considered as does the species, breed, age, sexual status and all aspects of the home environment, care and lifestyle need to be taken into account as well.

For this reason, it is vital that if you have a problem with your dog or cat you seek the help of a suitably experienced, qualified person. As some problems have a clinical cause it is also important that a veterinary referral is asked for.

Most problems can be at the very least improved if not totally sorted but the correct help is vital to restore your relationship with your pet.