It might be time to brace yourself as you're likely to see a few physical and behavioural changes over the coming months as your pup enters it next big development phase - the teenage years! Puppies push boundaries in their teens, just like human children do. This happens around the same time their adult teeth grow through and usually finishes around 18 months old to two years.

Like us, all dogs are different so the change might be more noticeable in some than in others, but the key is to be consistent with your training and to continue using positive reinforcement to encourage the behaviour you want to see. Remember, it won't last forever.

What should I expect to see from my teenage puppy?

Here are just some of the common problems seen during adolescence and how to get through them.

Forgetting where to go to the toilet

You might notice that your pup’s household etiquette isn’t the same as it once was. Your puppy seems to be forgetting everything you once taught them and has started favouring rugs over grass at toilet time. Now is not the time to stop with their training and make sure you keep rewarding them for doing their business outside.

It’s also worth knowing that this behaviour can also be caused by an underlying health issue, so if training isn’t fixing the problem you should book an appointment with the vet.

Not coming back when called

You might notice that the pup that once listened when called, has started ignoring your commands. If this is something that keeps happening it might be a good idea to keep your puppy on a lead during walks and continue to work on their recall. A dog that doesn’t come back when called can annoy or worry other animals or people, chase livestock or hurt themselves.

By now, your pup has probably met most of your friends, family and neighbours, meaning there could be fewer opportunities for them to meet unfamiliar dogs and people. Whilst some pups continue to be happy to meet new faces, limited socialisation could result in your pup becoming intolerant of all but the small circle of people they come across during their daily routine. During this key developmental phase, it’s important to make sure your pup still gets the chance to meet unfamiliar people and dogs as socialisation is more important now than ever.

Many adolescent pups will want to play or interact with the other dogs they meet on walks, which is normal, but make sure you interrupt if things get a bit too boisterous. Always ask the owner’s permission first before you introduce your pup, just in case their dog would rather be left alone. 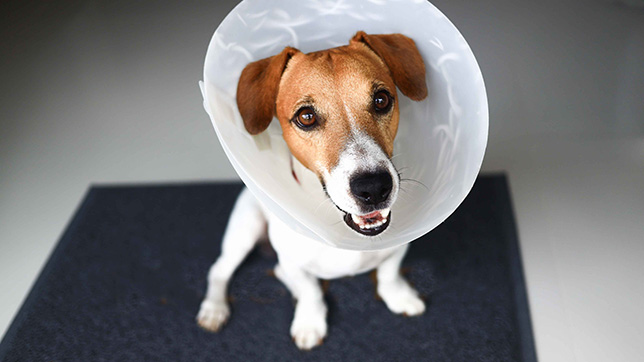 Should I get my puppy neutered?

Now that your puppy is starting to look at the world through the eyes of an independent adult, you might be considering getting them neutered. Advice on neutering is constantly changing based on scientific evidence so what is suggested now may not be the same as what was advised for dogs in the past.

What should i do?

If you’re considering getting your pet neutered, you can discuss this with the team at Joii. They can help you with any specifics depending on your dog’s breed, age, size or behaviour.

Dog insurance can help cover the cost of veterinary treatment if your puppy gets injured or falls ill.

Learn about our insurance for puppies