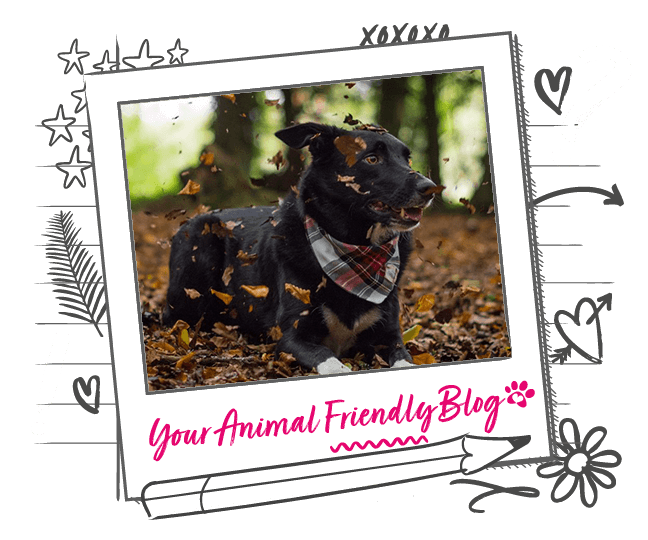 Dangers of fallen leaves, fruits and other autumn hazards

With the last day of summer looming, the mornings are colder, the evenings are darker earlier and soon the leaves will start falling from the trees for those crunchy autumn walks. Here are just some of the hazards our dogs can face in the cooler seasons.

While we turn another page on the calendar, the natural hazards our dogs face change too. Here are some potential dangers you might come across on your daily walks as the seasons change. 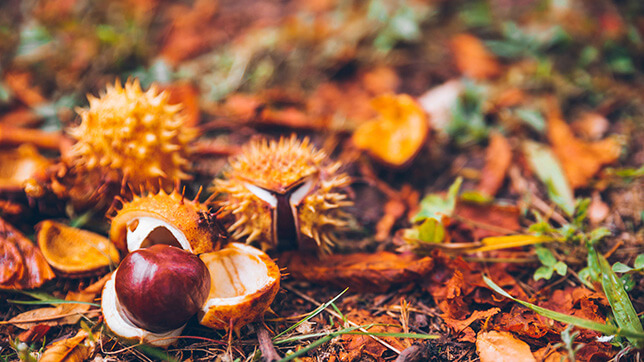 While it’s fun to run through that pile of leaves on the floor, walking on the path beside it might be better for you and your pooch. Hidden sticks and branches can cut or wound dogs, so don’t be tempted to throw the ball over the pile just in case!

As these leaves rot, they turn into a mouldy compost-like substance which contains bacteria and fungus, which can lead to stomach upset if your dog ingests the leaf mould. So, make sure to clean your dog off after that cool autumn walk.

While conkers tend to fall towards the end of September, a few strays find themselves on the ground a lot earlier than the rest, so keep your eyes peeled for these hazardous seeds. While they might seem harmless once out of their spiky shells, they can block airways and contain a chemical that’s toxic to dogs so it’s best to steer clear of any conker trees on your walks.

Most wild-growing mushrooms are harmless, however, there are a number of mushrooms that are toxic to dogs and humans. The good thing is, most dogs will just avoid them, but any wild mushroom should be considered a risk to your dog on your walks. It’s better to be safe than sorry.

While it might be a reminder of Christmas, the yew tree is a large, evergreen tree that can prove fatal for dogs and humans. Their seeds are highly toxic and are hidden in a red, fleshy, edible, berry-like aril that might attract some curious sniffers.

Some florists even use yew to create wreaths at Christmas time, so be sure to avoid these.

Ivy berries are an important plant for wildlife, but they’re poisonous for dogs and people. The berries are bitter and black when ripened. Make sure your dog doesn’t go foraging for ivy berries while out and about on your walks.

For other common problems dogs face in autumn, why not read our blog on a few things to keep in mind while winter approaches.

If you found this blog useful, why not check out our other articles in our dog advice section?

From health and nutrition, to behaviour and training, they're full of information and tips to support you as a dog owner.