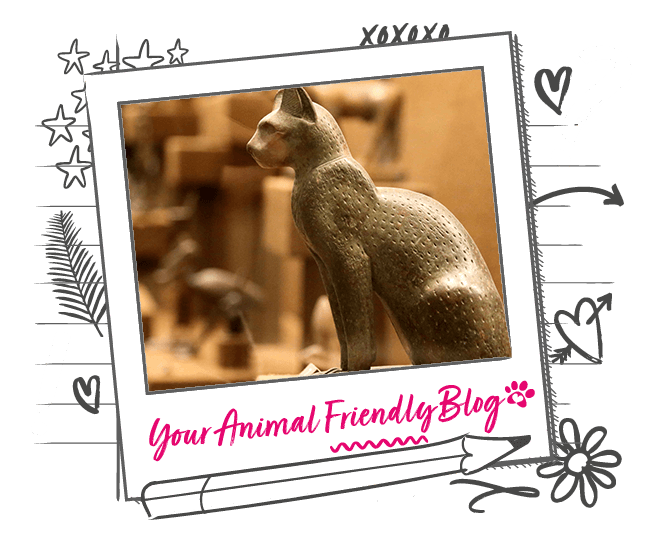 There is an estimated population of 10.9 million pet cats in the UK, with 26% of UK adults sharing their home with a feline companion.

There is an estimated population of 10.9 million pet cats in the UK, with 26% of UK adults sharing their home with a feline companion. Cats weren’t always considered friends, though, their history among humans has been a journey of reverence, suspicion and admiration. It has been a very interesting millennium for cats so, where did it all begin, when did it all go wrong and how did they become one of today’s most popular pets?

Cats might be some of the most iconic animals in ancient Egyptian art and culture, with many gods worshipped in the form of felines. They were truly treasured creatures and it was illegal to export cats to other countries, with their government and armies often engaging in the return of stolen or smuggled felines while killing a cat was punishable by death. So, why was one of today’s most popular pets worshipped by the people of Ancient Egypt?

Well, they were literally life-saving companions to the people of ancient Egypt as they preyed on the mice, rats and snakes which threatened the grain stores. The grateful humans are believed to have left food out to persuade the cats to stay near or visit them regularly.

The cats benefited, too, as they were supplied with food while staying close to such settlements helped protect them from larger predators.

They worshipped a Cat Goddess, often represented as half feline, half woman, whom they called Bastet.

The people of Egypt were also said to attribute specific attitudes to different gods and goddesses based on the natural behaviours of cats.

Over time, the images of certain gods became a lot softer as Egyptians began regarding their cats more than protectors of the home. They were now seen as important members of their families, treated with respect and dignity. So much so, it’s said that when a cat died, members of the household would shave off their eyebrows as a sign of respect and would mourn until they grew back.

People were so devoted to their cats, that they’re purportedly to blame for the fall of Egypt. The forces of Egypt surrendered the city of Pelusium to the soldiers of Persia as their enemies had Bastet, goddess of war and fertility, painted on his soldiers’ shields and they may have even held cats in their arms.

They had also collected a range of animals including dogs, sheep, cats and ibises (a type of bird) that would act as a barrier between the front line of invading forces and the reluctant defending soldiers.

It’s said that after the city was lost, Cambyses, the Persian King, rode through the city and hurled cats towards the defeated Egyptians.

Towards the late Middle Ages, our feline friends’ fates to a turn for the worse and were becoming oppressed as pagan rites were renewed following the Black Death. From here, it was then believed that they were daemons in disguise. Pope Innocent VIII even declared that “the cat was the devil’s favourite animal and idol of all witches.” 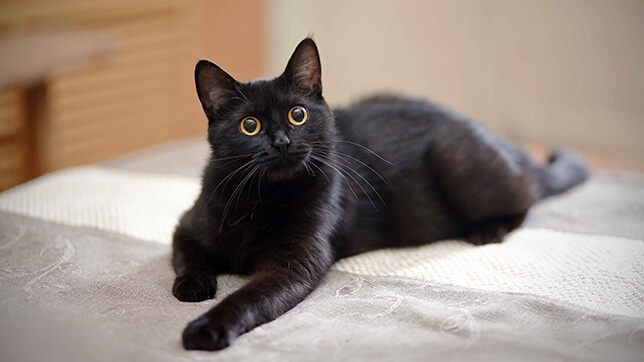 This was bad news for cats as once the cat was associated with Satan they were regularly tortured, burned and killed for a variety of reasons. These included warding off bad luck, a sign of devotion to Christ, as well as a way to protest other religions.

Women could be accused of witchcraft just for owning a cat and were often believed to shapeshift into cats in order to kill babies and children. Black cats were especially feared and face struggles even today, as they are less likely to be adopted from animal rescues.

It wasn’t until 1648, after centuries of suffering and persecution, the future was finally looking up for felines across Europe. Louis XIV the king of France at the time prohibited the sacrificial burnings of cats.

It’s often argued that if greater numbers of cats had been around during the Black Plague, it’s likely that more people would have survived.

Cats are now regarded as fantastic companions that provide countless emotional rewards to families of all different shapes and sizes. They are still used for their skills as hunters, often kept on farms to protect feed and even small animals from vermin.

According to PDSA’s Animal Welfare Report, 24% of UK adults have a cat, something that was punishable by death in the Middle Ages. Thank goodness that’s changed!

If you would like to find out more about cats though time, why not take a look at BBC History Extra.