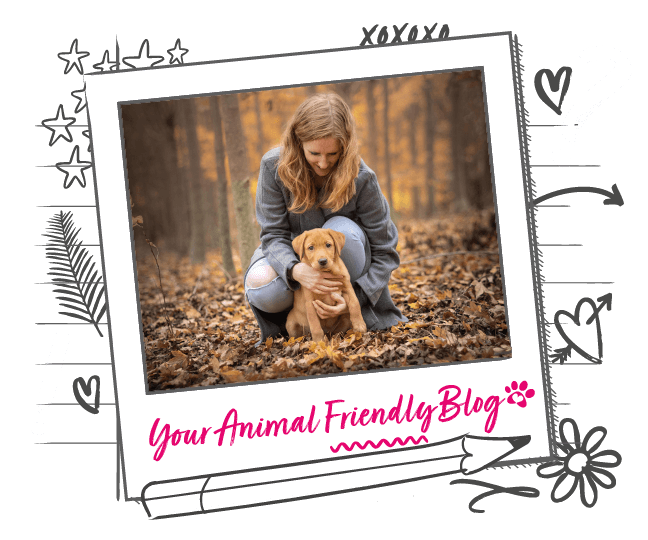 Puppy timeline – first year and a half

When welcoming a new puppy in to your home it can be hard to know exactly what to expect. We've written a timeline of a puppy's first year and a half to help you along the way.

A puppy is an exciting new addition to the family, but you should be aware of its different needs through its first year and a half in the world. If you’d like a Puppy Timeline poster for your home, click here!

Here are some the key milestones in your puppies first 18 months:

At birth and for a couple of weeks after, puppies are heavily dependent on their mother. They spend most of their time eating and sleeping.

In fact, they don’t open their eyes until 10 to 14 days after birth – but they’re still sensitive to touch and smell in the meantime!

This is when things get exciting for your puppy! They start to show characteristics which will stay with them into adulthood. They’ll also begin moving more as their eyes open and become more responsive to noises.

This is also teething time for puppies. Like humans, puppies have two sets of teeth. The first of these, the ‘deciduous teeth’, begin to form during this time.

This is the time you’ve been waiting for – when your new puppy is finally allowed home with you for the first time.

It’s also the time when your puppy is most responsive to socialisation – so make sure to really spend some quality time with your new pooch during this period!

Your puppy’s second vaccinations will be due during this period. This is also when they can start feeding three times a day.

This is the perfect time to teach your new friend where to do their business! Taking your puppy outside and making sure it associates this place with where it does its business is essential if you want to avoid any unpleasant surprises in the future!

This is it – the time when your pooch will start responding to their name being called out. Of course, you need to start slow and steady when teaching your dog new commands, but this is the perfect time to do it.

Weeks 13-17: Making friends with other dogs

When your dog is about 3 to 4 months old, it’s time to start introducing them to other canine companions. Make sure your dog gets all their vaccinations done before this though. 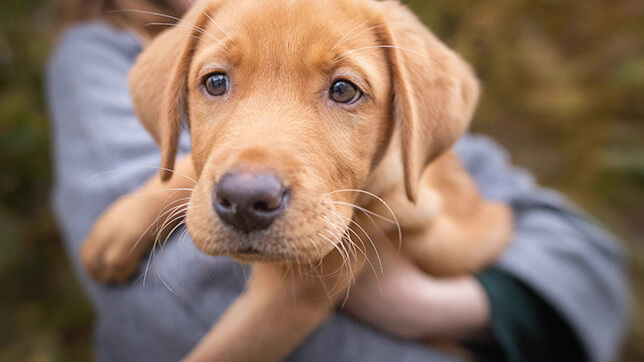 After the 4-month mark, your dog will start to lose their baby teeth. By the time they’re 7 months old, they’ll have a full set of adult teeth to chew their favourite toy on.

At this age, your puppy will probably start playing up a bit. Whether it’s not responding to any commands you’ve taught them, or generally causing a mess throughout the house, be ready for the terrible 20-week mark in your puppy’s development!

The other milestone you’ve been looking forward to! Now your dog’s reached sexual maturity, it’s probably best to think about neutering (for boys) or spaying (for girls) your dog.

They’ll also still be a little terror at this point as they’ve officially reached adolescence. Think of them as a teenager rebelling against their parents but they’ll grow out of it soon enough!

By now a puppy’s permanent teeth have started to grow in and there’ll be plenty more biting and chewing to be had.

But, there’s some good news, your puppy is probably starting to get the hang of toilet training, if they haven’t already.

Now’s the time to look into swapping your dog’s puppy kibble for adult dog food. You’ll want to do this slowly so not to upset your dog’s tummy.

You’ll want to book another vet appointment for your dog so they’re able to receive their annual boosters. Make sure they’re up-to-date with their worm and flea treatments, too.

We have some good news! You might have had a furry teenager on your hands for the last couple of months, but don’t worry your dog will now start to mature and settle into their personality.

It’s a very exciting journey to be on and you will feel a lot of pride while watching your puppy grow. There will be a lot of teething problems (quite literally) along the way but bear with it! They will grow grey one day and you’ll miss the chaotic days where they were able to run around you.