Next week, one of the most hotly-anticipated films of the decade will be released. Die-hard fans have been waiting for a long time for new material from this record-breaking franchise, and hopes are high that this newest instalment is going to be the best yet. We are, of course, talking about Star Wars: The Force Awakens.

A sci-fi epic, Star Wars has drawn in fans all over the globe and captured unprecedented audiences. While Science fiction can be a bit niche, Star Wars is universally loved (sorry, couldn’t help the pun).

Since hitting screens in the 70s, Star Wars has become a pervasive pop-culture phenomenon, finding its place in comic books, apparel and even homeware. To celebrate the release of the latest film, we took a look at how the franchise has affected the way we name our cats, dogs and horses.

We found that, out of around 450,000 policyholders, 829 pets (including horses) had a Star Wars name. If you extrapolate this to apply it to the entire pet population it’s reasonable to assume there are around 30,500 dogs, cats and horses boasting intergalactic monikers.

As well as pets named after characters from the original films, such as Han Solo, Leia, Lando and Jabba, there are a number who have been named after more recent characters such as Anakin, Padme and even Jar Jar!

Our infographic below takes a look at the most popular Star Wars pet names, according to our data. 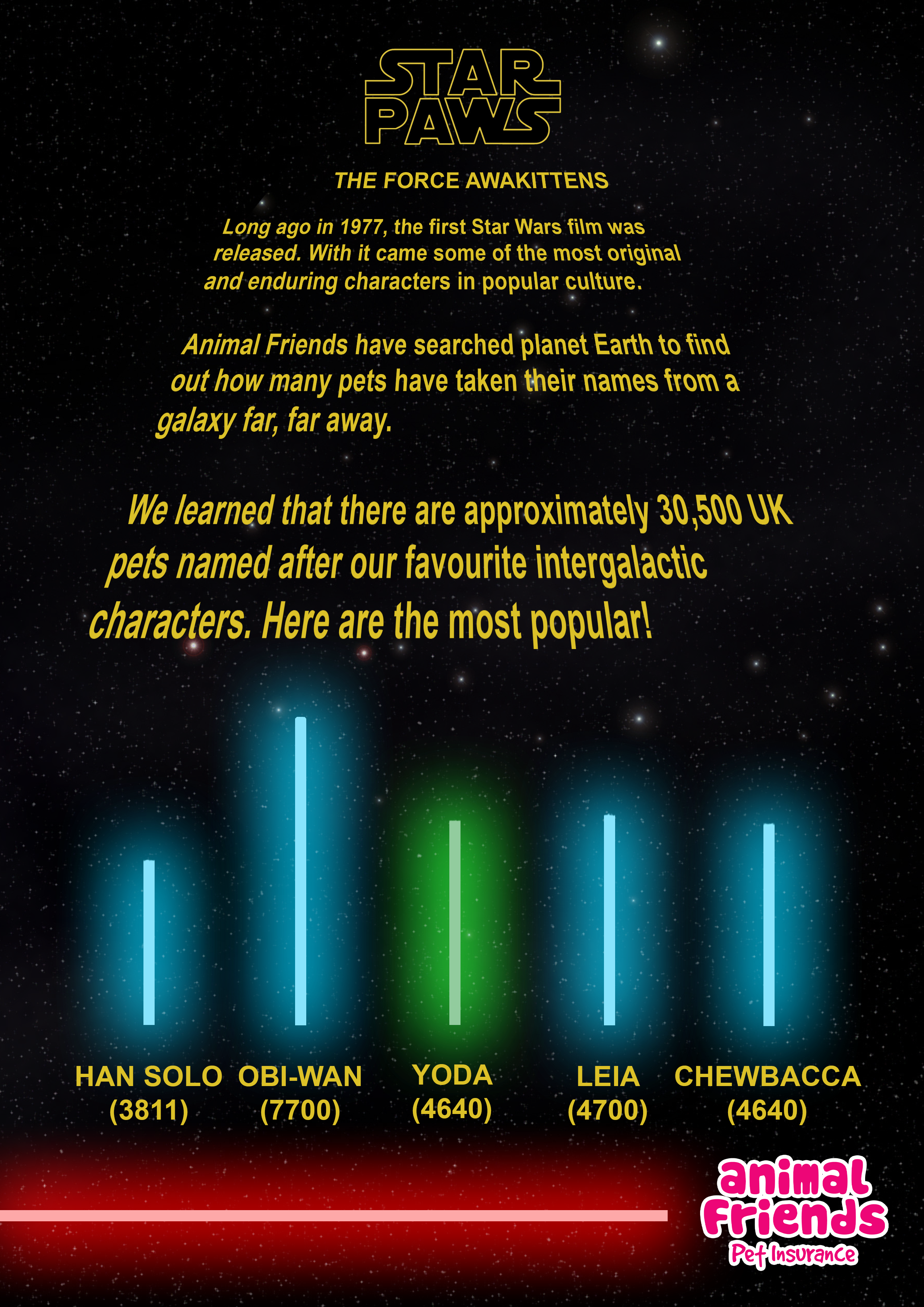