Back in early December a record tidal surge that caused severe flooding and “war zone“-like damage in Norfolk, England, washed up and stranded 108 seal pups, many less than three weeks old.

The East Winch branch of RSPCA (England & Wales) rescued the pups in with a view to nursing them back to full health so that they could be released back into their natural habitat. To help with the pups’ rehabilitation Animal Friends donated £20,000 to the charity.

Here we have a great insight into how the charity has been releasing the seals back into the wild now that they are back to full health. 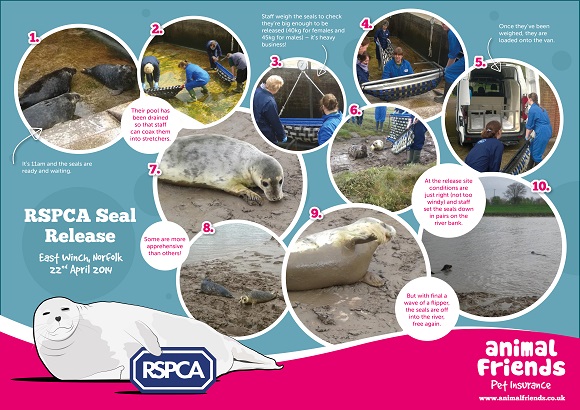 HomeBlogRescued Seals Released Back into Wild by RSPCA
Blog